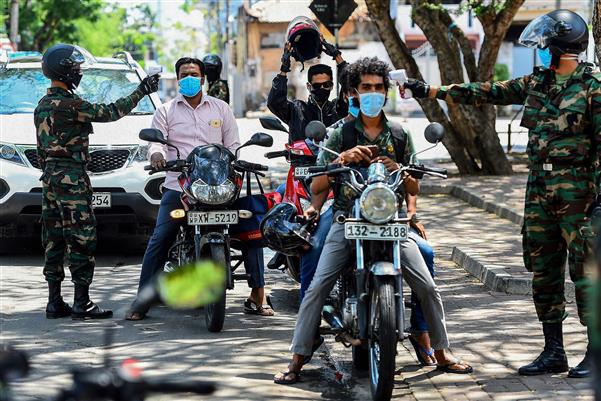 Sri Lanka on Sunday lifted its three-month-long inter-provincial travel ban, as the coronavirus vaccination drive picks up pace in the country.

However, the travel permission as of now will only be extended to government employees on official duty. While public buses resumed services on Sunday, public trains will resume services on Monday.

Officials said over-crowding in the services will be strictly prohibited.

The inter-provincial travel will be permitted only to those on official duty, said senior health official Asela Gunawardena.

This will be the first time public transport will be operational since late April. The tough travel restrictions were implemented after a tremendous spike in cases following the Sinhalese New Year in mid-April.

Meanwhile, public health officials remain wary of the government opening up services, as the country continues to record high number of daily virus cases, fuelled by the delta variant of Covid-19, which was first identified in India.

The number of daily cases has exceeded 2,000 every day in the last week, with nearly 250 deaths in this period.

Sri Lanka on Sunday morning began rolling out the second dose of the AstraZeneca vaccine, which was stalled after India’s Serum Institute could not meet supply orders.

“We have opened up centres working 24 hours of the day from this morning to administer the second jab of AstraZeneca,” said Head of COVID Prevention National Committee, Army Commander General Shavendra Silva.

Long queues were witnessed at vaccination centres in Colombo from early this morning. PTI