There were no reports of injuries or damage 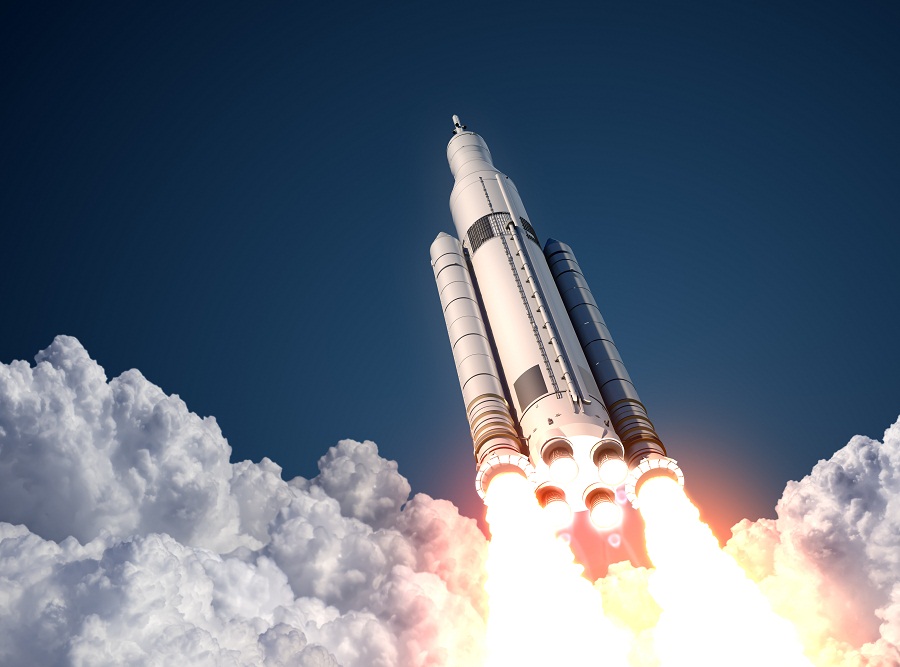 The remnants of China's biggest rocket crashed into the Indian Ocean near the Maldives on Sunday with no reports of damage, but Beijing was criticised by NASA for its failure to "meet responsible standards" regarding its space debris.

The bulk of the out-of-control rocket, which had put into orbit the core module of China's planned space station on April 29, was mostly destroyed as it re-entered the atmosphere, China's state media reported.

It said debris from the 18-tonne rocket, one of the largest items in decades to have an undirected dive into the atmosphere, landed in the Indian Ocean at a point 72.47° East and 2.65° North. There were no reports of injuries or damage.

There have been intense speculation over where the rocket debris might land, and US officials and other experts warned its return risked potential casualties.

The hurtling debris of the rocket evoked sharp criticism from the US, NASA and international astrophysicists that Beijing has won a reckless gamble the uncontrolled fall of the rocket stroked fears that it may fall into inhabited areas.

The global anxiety over the debris was sparked by remnants of a similar Chinese rocket fell in the Ivory Coast last year damaging several homes in villages.

It was the largest craft to crash to Earth since the US space laboratory, Skylab scattered debris over the southern Australian town of Esperance in 1979.

Harvard astrophysicist Jonathan McDowell, who tracked the debris of the rocket part for the past few days, said on Twitter, “An ocean re-entry was always statistically the most likely. It appears China won its gamble… But it was still reckless”.

A number of people in Jordan, Oman and Saudi Arabia posted the video footage as the falling debris whizzed past their countries.

"Everyone else following the LongMarch5B re-entry can relax. The rocket is down," it said.

“Spacefaring nations must minimise the risks to people and property on Earth of re-entries of space objects and maximise transparency regarding those operations.

Nelson said it is clear that China is failing to meet responsible standards regarding their space debris.

“It is critical that China and all spacefaring nations and commercial entities act responsibly and transparently in space to ensure the safety, stability, security, and long-term sustainability of outer space activities”, he said.

"Spacefaring nations must minimise the risks to people and property on Earth," US Defence Secretary Lloyd Austin said in a statement.

"It is clear that China is failing to meet responsible standards regarding their space debris." US Space Command, meanwhile, simply said the rocket had “re-entered over the Arabian Peninsula”.

It did not confirm the landing point reported by Chinese media, saying instead that it was “unknown if the debris [had] impacted land or water”.

Despite clarification by China's space industry insiders and Foreign Ministry that the probability of the rocket remnants causing harm was extremely low, the Western media outlets and Pentagon, incessantly hyped that the debris was heading back to Earth in an "uncontrolled" manner, state-run Global Times reported.

It is a "purely false allegation", it quoted as Chinese analysts as saying.

"It only refers to the loss of propulsion, but in no way means that China has lost track of its flying trajectory and real-time location," Song said.

It is "completely normal" for rocket debris to return to Earth, and has been a common practice carried out by global participants in the aerospace field, including China, the Global Times report said.

The rocket launched the first module of China's new Tianhe space station into Earth's orbit on April 29. Its 18-tonne main segment is now in free-fall and experts have said it is difficult to say precisely where and when it will re-enter the atmosphere.

Long March 5 rockets have been integral to China's near-term space ambitions from the delivery of modules and crew of its planned space station to launches of exploratory probes to the Moon and even Mars.

Once finished, the structure will have a mass of about 100 tonnes, about a quarter of the size of the International Space Station, (ISS), which is 15 years old and expected to be decommissioned in the coming years.

After that, the Tiangong is expected to be the only space station operating in near-earth orbit by the end of the decade. — PTI