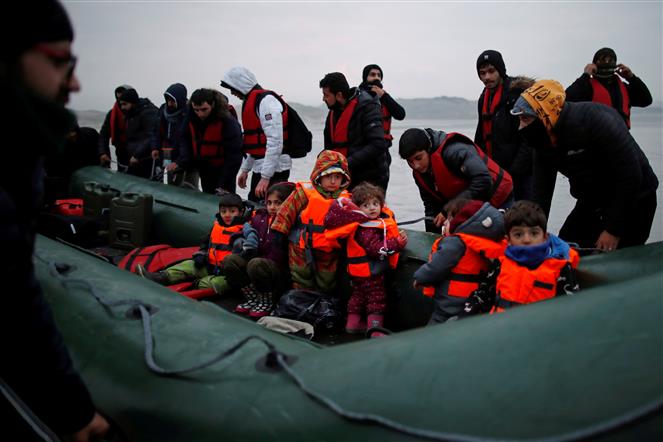 A group of migrants with children get on a dinghy as they leave the coast of northern France. Reuters

Paris: A manuscript co-written by Albert Einstein on his theory of relativity was auctioned on Tuesday for 11.7 million euros (about $13 million). The 54-page working manuscript was sold by Christie’s in Paris to an anonymous buyer, Xinhua news agency reported. IANS

Madrid: Conservationists are heralding a hard-fought ban on retention of North Atlantic shortfin mako sharks adopted by the International Commission for the Conservation of Atlantic Tunas, as a first step toward reversing the decline of the seriously overfished population. IANS