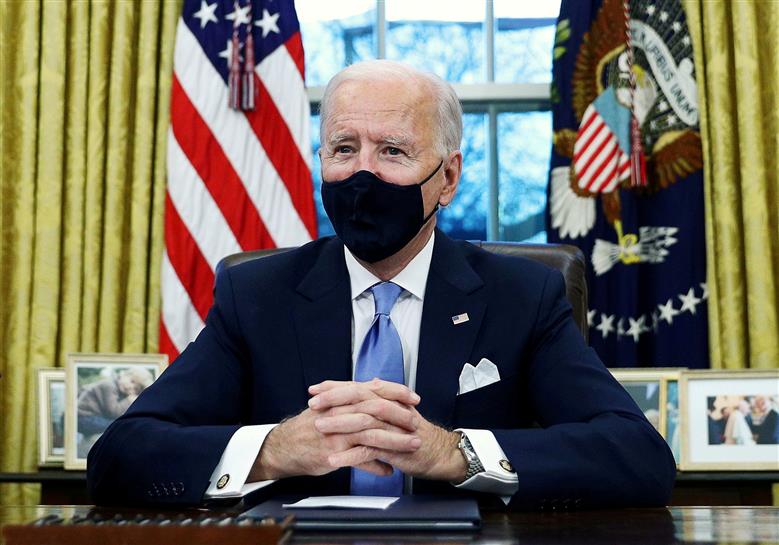 President Joe Biden says the federal government will buy half a billion Covid-19 rapid test kits and distribute them free of charge to people to use at home. But despite the high public demand for tests, it will still be several more weeks before these kits are available to be shipped. The administration is still working on details for how the program will work.

Does the government have the tests?

Not yet. As of this week, the departments of Defense and Health and Human Services were "executing on what's called an accelerated emergency contract," the White House press secretary, Jen Psaki, said. A contract is expected to be signed soon.

When will the test kits be delivered?

The first delivery is expected in early January. All 500 million kits will not be delivered at the same time but instead will arrive in batches.

My drugstore doesn't have any tests. how can i get a free kit from the government?

You'll go to a new government website to request a kit, but the site won't be functional until after the first batch of test kits have been delivered, Psaki said. She said the process was being handled that way to avoid creating more confusion for the public. But the idea is that anyone who wants a test kit would log onto this website to request one.

"We're obviously not going to put the website up until there are tests available," Psaki said.

Which home test will i get?

It's unclear. But Psaki noted that the U.S. Food and Drug Administration has approved several different brands of rapid home tests.

Will I be limited to one test or can I request multiple?

To be determined, Psaki said.

Why is Biden buying these test kits?

It represents an acknowledgement by the president that the administration needs to do more to increase access to Covid-19 testing, which is an important tool to help slow the spread of the coronavirus.

In cases where infected people show symptoms or not, testing is the only way to find out if they have the virus so they can avoid being out and about and potentially spreading disease.

But demand for test kits soared as the holidays neared and people grew eager to test themselves and their families before traveling, and as the easily transmissible omicron variant spread rapidly in just a few weeks to become dominant strain in the U.S.

Biden's promise of 500 million test kits is in addition to the administration's earlier pledge to send 50 million rapid tests to community health centers across the country.

Is there another way to get a test kit for free

Biden said in a speech Tuesday that, starting in January, private insurers will cover the cost of at-home testing. So people will have the option of buying tests at a store or online and then seeking reimbursement from their health insurance provider.

The government will also provide access to free at-home tests for people who may not have health insurance, Biden said. AP