The agreements, which will be put to leaders next month at the G-7 summit in Elmau, Germany, were largely welcomed by climate activists 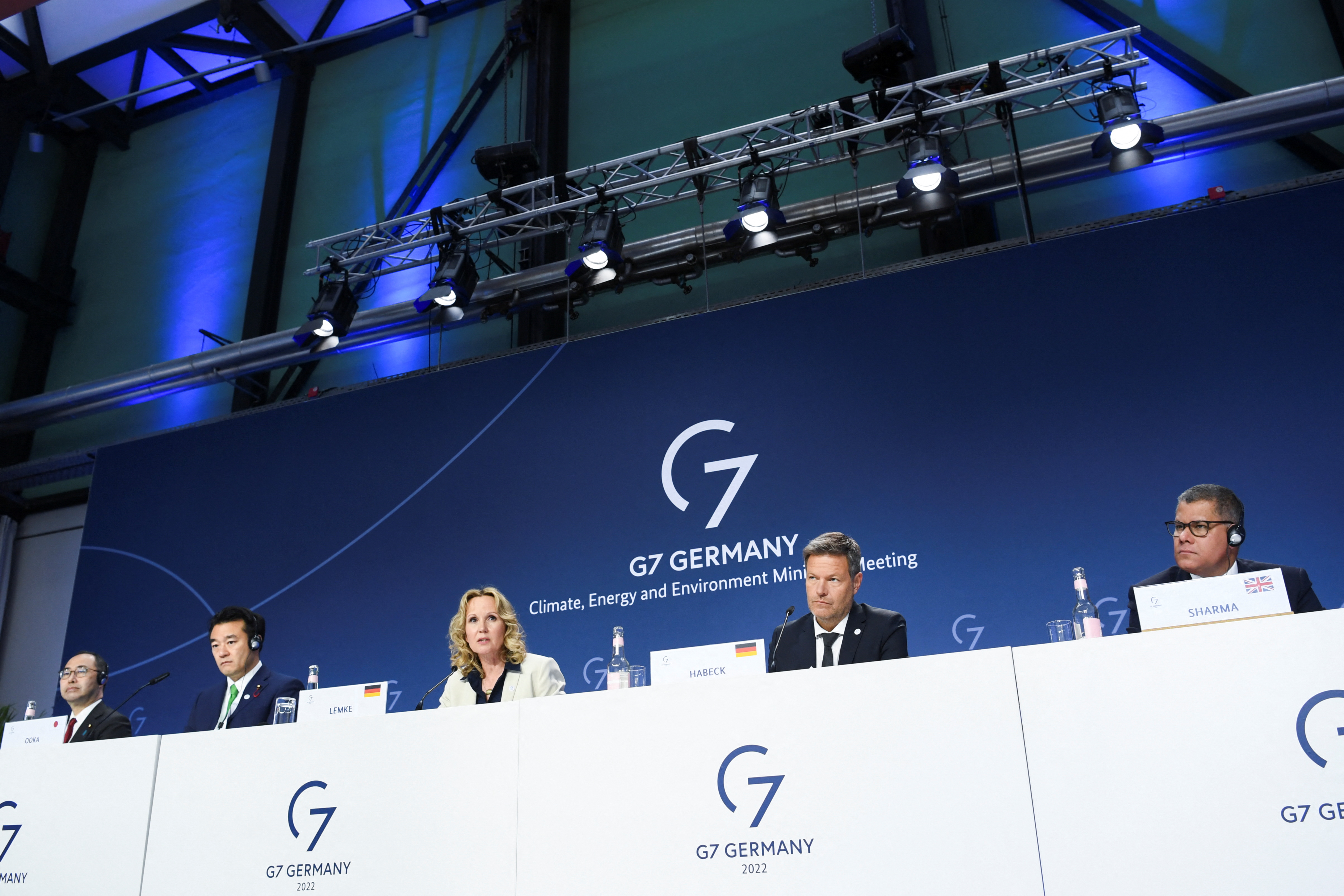 Officials from the Group of Seven wealthy nations announced Friday that they will aim to largely end greenhouse gas emissions from their power sectors by 2035, making it highly unlikely that those countries will burn coal for electricity beyond that date.

Ministers from the G-7 countries meeting in Berlin also announced a target to have a “highly decarbonised road sector by 2030,” meaning that electric vehicles would dominate new car sales by the end of the decade.

And in a move aimed at ending the recurring conflict between rich and poor nations during international climate talks, the G-7 recognized for the first time the need to provide developing countries with additional financial aid to cope with the loss and damage caused by global warming.

The agreements, which will be put to leaders next month at the G-7 summit in Elmau, Germany, were largely welcomed by climate activists.

“The 2035 target for power sector decarbonisation is a real breakthrough. In practice, this means countries need to phase out coal by 2030 at the latest,” said Luca Bergamaschi, director of Rome-based campaign group ECCO.

Coal is a heavily polluting fossil fuel that's responsible for a fifth of global greenhouse gas emissions caused by humans. While there are ways to reduce emissions of carbon dioxide from the burning of coal, experts say it is almost impossible to reduce it to zero, meaning it will likely have to be the first fossil fuel to be phased out.

G-7 members Britain, France and Italy have already set themselves deadlines to stop burning coal for electricity in the next few years.

Germany and Canada are aiming for 2030; Japan wants more time; while the Biden administration has set a target of ending fossil fuel use for electricity generation in the United States by 2035.

A common target would put pressure on other major polluters to follow suit and build on the compromise deal reached at last year's UN climate summit, where nations committed merely to “phase down” rather than “phase out" coal — with no fixed date.

US climate envoy John Kerry called the agreements reached in Berlin “very comprehensive and forward-leaning.” "I think it will help lay the groundwork for what has to happen at the G-20," he told The Associated Press, referring to a meeting later this year of the broader Group of 20 leading and emerging economies, who are responsible for 80 per cent of global emissions.

Getting all G-20 countries to sign on to the ambitious targets set by some of the most advanced economies will be difficult, as countries such as China, India and Indonesia remain heavily reliant on coal.

Under pressure to step up their financial aid to poor nations, the G-7 ministers in Berlin said they recognised that “action and support for vulnerable countries, populations and vulnerable groups need to be further scaled up.” This includes governments and companies “providing enhanced support regarding averting, minimizing and addressing loss and damage associated with the adverse impacts of climate change,” they said.

Developing countries have for years demanded a clear commitment that they will receive funds to cope with the destruction wrought by climate change. Wealthy nations have resisted the idea, however, for fear of being held liable for costly disasters linked to their emissions.

“After years of roadblocks, the G-7 finally recognise that they need to financially support poor countries in addressing climate-related losses and damages," said David Ryfisch of the Berlin-based environmental campaign group Germanwatch.

“But that recognition is not enough, they need to put actual money on the table,” he added. "It is now up to (German Chancellor Olaf) Scholz to mobilise significant financial commitments by leaders at the Elmau summit.” Germany's energy and climate minister, Robert Habeck, said the 40-page communique couldn't hide the fact that G-7 countries had long been laggards on combating global warming.

“But we're trying to make up for those things that didn't go so well in the past,” he said. “Including on climate finance.” Speaking at a former coal depot, later converted into a gas storage facility and now home to clean energy startups, Habeck also highlighted the pledge by G-7 countries to end what he called the “absurdity” of fossil fuel subsidies in the coming years.

Separately, the United States and Germany signed an agreement Friday to deepen their bilateral cooperation on shifting from fossil fuels to renewable energy. The deal will see the two countries work together to develop and deploy technologies that will speed up that clean energy transition, particularly in the area of offshore wind power, zero-emissions vehicles and hydrogen.

The US and Germany pledged to also collaborate on promoting ambitious climate policies and energy security worldwide.

Kerry said both countries aim to reap the benefits of shifting to clean energy early, through the creation of new jobs and opportunities for businesses in the growing market for renewables.

Such markets depend on common standards of what hydrogen can be classified as “green,” for example. Officials will now work on reaching a common definition to ensure that hydrogen produced on one side of the Atlantic can be sold on the other side.

Habeck said the agreement reflected the urgency of tackling global warming. Scientists have said steep emissions cuts need to happen worldwide this decade if the goals set in the 2015 Paris climate accord are to be met.