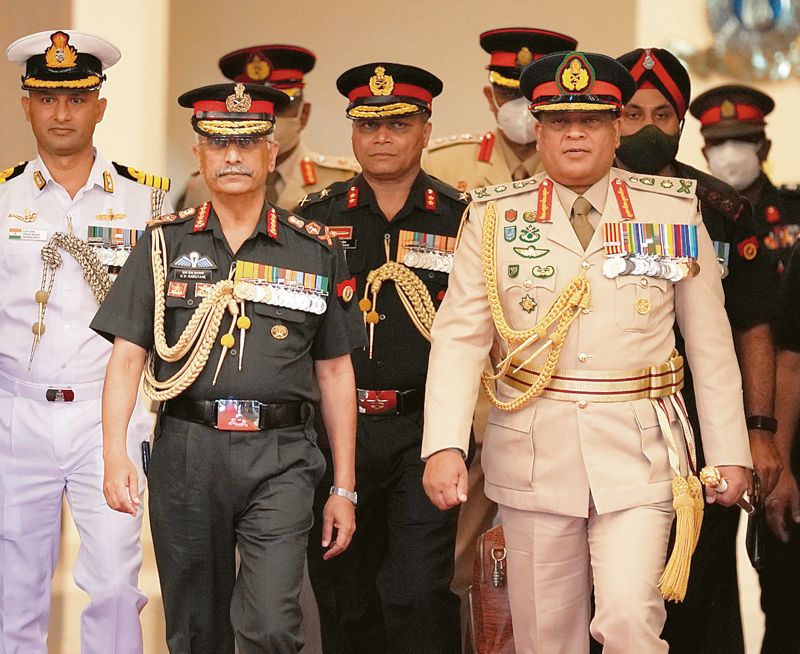 Gen Naravane, who arrived here on Tuesday on a four-day visit at the invitation of his Sri Lankan counterpart Gen Shavendra Silva, called on President Gotabaya Rajapaksa, who is the Commander-in-Chief of the Sri Lankan Armed Forces, and discussed issues of mutual and strategic cooperation, the Indian Army said in a tweet.

Gen Naravane laid a wreath at Indian Peace Keeping Force War Memorial and paid tributes to the bravehearts of the Indian Army who laid down their lives during the Peace Keeping Operations in SL. — PTI