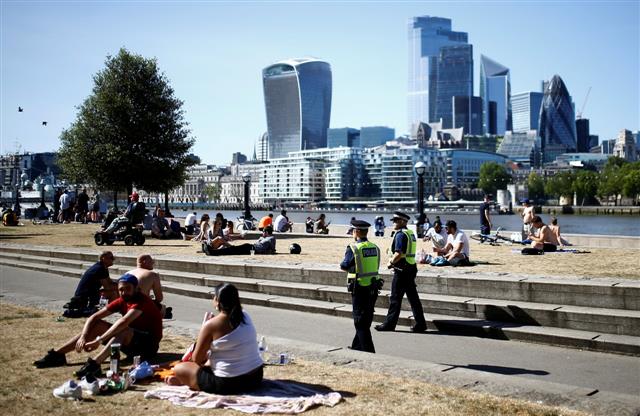 Groups of up to six people will be able to meet outside in England from next Monday, British Prime Minister Prime Minister Boris Johnson announced on Thursday as part of measures to gradually ease the UK's coronavirus lockdown.

From the June 1 mark, people can meet in gardens and private outdoor spaces, provided they keep two metres apart, he said.

The stay at home rules so far have allowed for people to interact with only one other member from outside their immediate household, which is set to be eased up from next week.

"These changes mean friends and family will start to meet loved ones in what would be a long awaited and joyful moment," Johnson said at the daily Downing Street briefing.

The devolved administration of Scotland has announced its own easing of movement, with people from different households allowed to meet maintaining a two-metre distance from Friday.

The regions of Wales and Northern Ireland are mostly keeping their stricter lockdown measures in place for now.

The easing comes as part of a wider test and trace system which launched in England and Scotland this week and Johnson said it had been made possible because the government's tests of falling death toll and infection rates were being met.

The new lifting of lockdown measures, however, remains "conditional" and will be monitored as the situation remains "fragile".

Johnson warned that "there will be further local outbreaks" and said the government "will put on the brakes" and measures of strict social distance will be re-imposed if required.

He confirmed that the government will reopen schools as "closing schools has deprived children of their education", with nurseries and other early settings such as primary schools set for opening from next Monday. On June 15, secondary schools will begin to provide some "face to face contact time".

The new measures come in as the UK's death toll hit 37,837, an increase of 377 fatalities over Wednesday. PTI