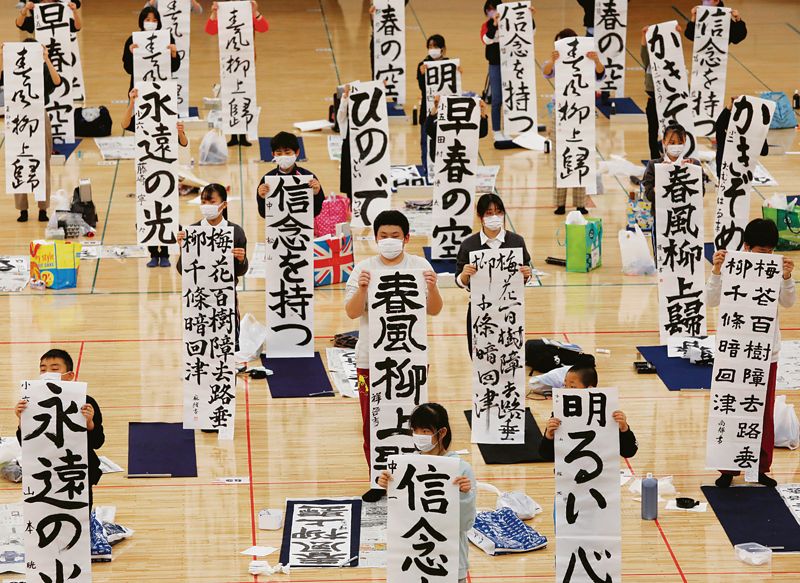 Students take part in the annual New Year calligraphy contest, which was cancelled last year due to the pandemic, in Tokyo. REUTERS

Hong Kong on Wednesday reimposed some of its toughest Covid restrictions, banning flights from eight countries, including India, until January 21 in a bid to arrest the rising number of Omicron cases.

Hong Kong Chief Executive Carrie Lam Cheng Yuet-ngor announced that travellers from eight countries —Australia, Canada, France, India, Pakistan, the Philippines, the UK and the US, including via transit — are banned from returning to the city for two weeks starting Saturday, a Hong Kong-based newspaper reported. Hong Kong is reimposing some of its toughest Covid restrictions across the board covering social activities and international travel, setting a 6-pm curfew on all dine-in services and banning flights from eight countries as it braces for a fifth wave of infection amid Omicron fears, the daily report. — PTI

London: British PM Boris Johnson on Wednesday announced that compulsory tests required by overseas travellers no earlier than 48 hours before arriving in England would be scrapped from Friday. PTI