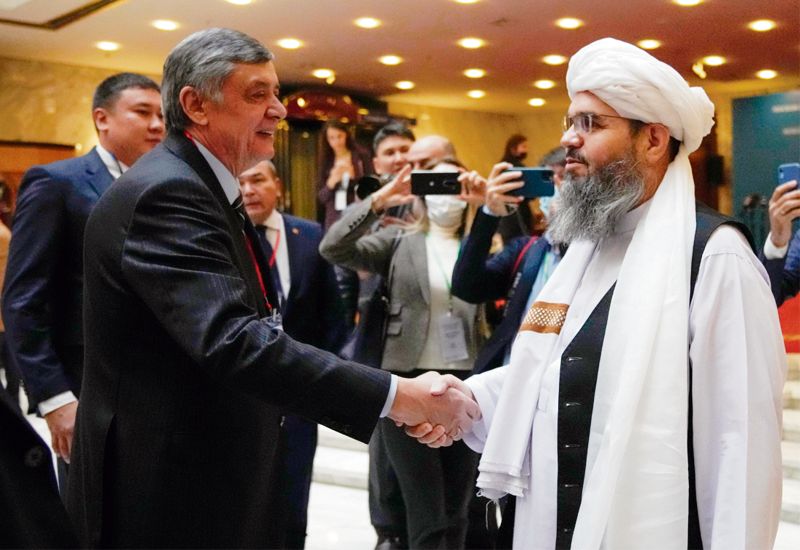 India has agreed that the world needs to take into account the new reality of the Taliban coming to power in the country, irrespective of the official recognition of the new Afghan government by the international community. India's assent to this formulation was expressed in a joint statement issued after a meeting in Moscow of 10 neighbouring countries of Afghanistan and a high-ranking Taliban delegation on Wednesday.

The Taliban and Afghanistan's 10 neighbours also proposed to launch a collective initiative to convene a broad-based international donor conference under the auspices of the UN as soon as possible, "certainly with the understanding that the core burden of post-conflict economic and financial reconstruction and development of Afghanistan must be shouldered by troop-based actors which were in the country for the past 20 years."

The participating countries also called on the current Afghan leadership to take further steps to improve governance and to form a truly inclusive government that adequately reflects the interests of all major ethno-political forces in the country.

"This will be a fundamental prerequisite for the completion of the national reconciliation process in Afghanistan," said the joint statement issued by Russia, China, India, Pakistan, Iran, Kazakhstan, Kyrgyzstan, Tajikistan, Turkmenistan and Uzbekistan, as well as a high-level delegation of the interim Afghan government. — TNS