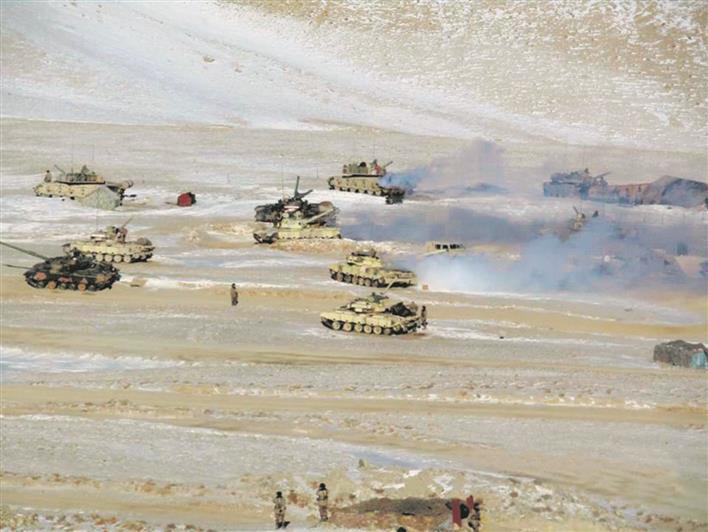 Ahead of a possible meeting of army commanders, both India and China hoped that the talks would lead to disengagement in the remaining flashpoints in Eastern Ladakh.

“We would like to see disengagement in the remaining areas which would lead to de-escalation in Eastern Ladakh and that would hopefully lead to restoration of peace and tranquillity and provide conditions for progress of our overall bilateral relationship,” said Ministry of External Affairs spokesperson Arindam Bagchi.

He recalled that during the meeting on March 12, on the Working Mechanism for Consultation and Coordination (WMCC), both sides had agreed to convene the 11th round of Senior Commanders’ Meeting.

“When I have something more to share on this, I will certainly do so,” he said.

“China and India are in communication on the holding of the 11th round of talks. As for the specific date for the upcoming talks, I have no information,” said Chinese Foreign Ministry spokesman Zhao Lijian.

China also said there is no delay in holding talks with India to discuss the disengagement of troops from the remaining friction points in Eastern Ladakh.

“There is no delayed meeting as you cited. I want to stress that the merits of the situation at the India-China border are very clear and the responsibility does not rest with the Chinese side,” Zhao said in response to a question.

“We hope the Indian side will work with China to follow through the important consensus of our two state leaders, abide by relevant agreements and treaties to de-escalate the tension at the border,” he added.

About India’s stand that the status quo of April 2020 should be restored and whether China would consider such a proposal, Zhao said, “For the proposal, you mentioned I believe it should be talked in the meetings and I already made clear my position on the border issue just now.”