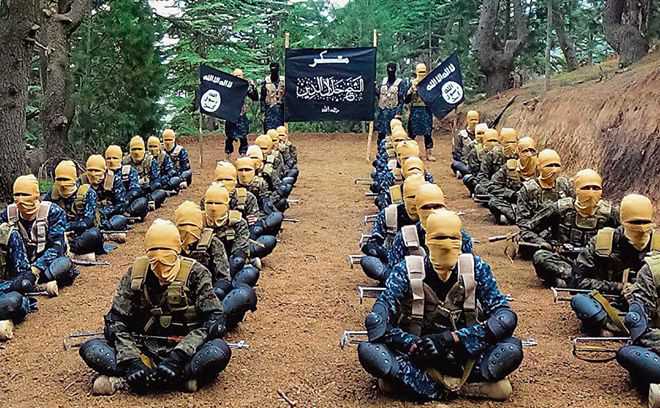 The dreaded Islamic State’s South Asia branch remains active, ambitious and threatening, and has established contacts with other terror groups like Tehreek-e-Taliban Pakistan and has the potential to exacerbate the security threat to countries neighbouring Afghanistan, a UN report has warned.

The 10th report of the Secretary-General on the threat posed by ISIL (Da’esh) to international peace and security and the range of United Nations efforts in support of Member States in countering the threat said that the Islamic State in Iraq and the Levant-Khorasan (ISIL-K) came under severe military pressure from the security forces of Afghanistan and Taliban fighters towards the end of 2019, leading to its virtual expulsion from what had been its Afghan headquarters in Nangarhar Province.

The report said that even though the Afghan authorities took custody of more than 1,400 people, including ISIL-K fighters and their dependants, the terror group remains a threat to regional security.

“…Islamic State in Iraq and the Levant-Khorasan remains active, ambitious and threatening. It continues its online recruitment and propaganda, for which it also conducts outreach activities in religious and academic institutions in Afghanistan, including Kabul University,” it said.

“It has established informal contact with other terrorist groups, including Jamaat-ul-Ahrar, Tehrik-e-Taliban Pakistan and Lashkar-e-Islam, which regularly mount attacks on border posts of Pakistan. The approach of Islamic State in Iraq and the Levant-Khorasan has the potential to exacerbate the security threat to countries neighbouring Afghanistan,” the report said.

The report added that most of the ISIL-K fighters taken into custody by the Afghan authorities were Afghan nationals but also included foreigners from Azerbaijan, Canada, France, India, Maldives, Pakistan, Tajikistan, Turkey and Uzbekistan.

It said the impact on the number and geographic distribution of the group’s fighters is assessed as significant.

Some 2,100 fighters are now in Kunar Province, which has effectively become the group’s new Afghan core area, whereas the number of fighters elsewhere in Afghanistan may now be as low as 400, giving a total estimate of 2,500 for the whole country.

Up to 25 of them constitute a covert Islamic State in Iraq and the Levant-Khorasan presence in Faryab Province, led by a former Taliban member Qari Salahuddin, the report said.

ISIL-K was formed on January 10, 2015 by a former Tehreek-e-Taliban Pakistan (TTP) commander and was established by former Taliban faction commanders “who swore an oath of allegiance” to IS and its slain leader Abu Bakr al-Baghdadi.

The group has claimed responsibility for numerous attacks in both Afghanistan and Pakistan.

According to the terrorism backgrounder of ISIL -K on the website of Washington-based nonprofit policy research organisation Centre for Strategic and International Studies (CSIS), in 2014, Pakistani national Hafiz Saeed Khan was chosen to spearhead IS-K province as its first emir.

Khan, a veteran Tehrik-e Taliban Pakistan (TTP) commander, brought along other prominent TTP members — including the group’s spokesman Sheikh Maqbool and many district chiefs — when he initially pledged allegiance to al-Baghdadi in October 2014. IS-K’s early membership included a contingent of Pakistani militants who emerged in Afghanistan’s Nangarhar province around 2010, just across the border from the former Federally Administered Tribal Areas (FATA) of Pakistan. Many of these militants were estranged members of TTP and Lashkar-e Islam, who had fled Pakistan to escape pressure from security forces, the organisation said. —PTI