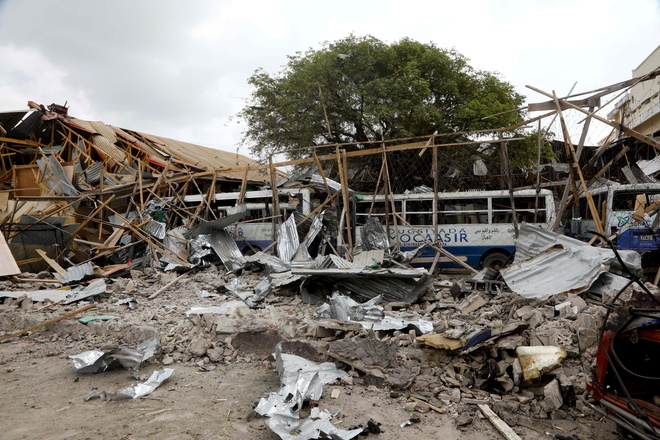 Damaged structures and school buses after a suicide attack near Mucassar school in Hodan district of Mogadishu on Thursday. Reuters

An Islamist suicide bombing outside a school in Somalia’s capital killed eight persons and wounded 17, including 13 children, the latest in a string of deadly blasts this year in a country beset by political turmoil and drought.

The bombing at around 7.30 am was claimed by al Shabaab militants, who said they were targeting a United Nations security convoy passing near the school.

A UN spokesperson in Mogadishu declined to comment. A staff member speaking on condition of anonymity said no international personnel from the UN were hurt but they had no information on whether Somali employees were hurt. — Reuters