Japan, NATO step up ties amid Russia’s invasion of Ukraine : The Tribune India

Japan, NATO step up ties amid Russia’s invasion of Ukraine

Prime Minister Fumio Kishida has been invited to the NATO summit later this month, and is reportedly considering attending the meeting, which would make him the first Japanese leader to do so 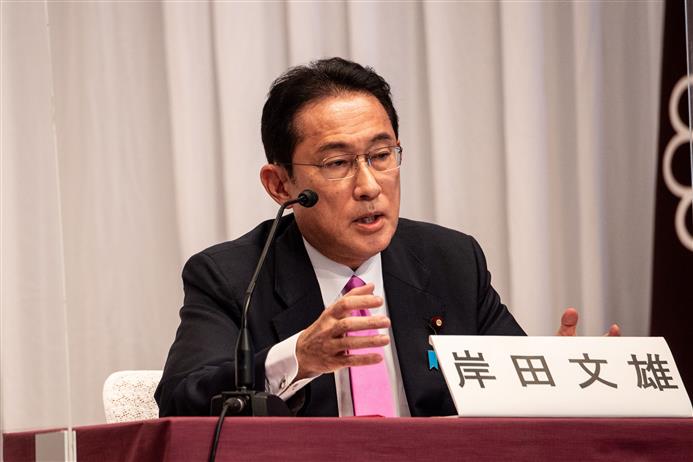 Japanese and NATO officials agreed Tuesday to step up military cooperation and joint exercises as they shared concerns that Russia’s invasion of Ukraine is causing a deterioration of the security environment in Europe and Asia.

“The security of Europe and Asia are closely intertwined, especially now with the international community facing serious challenges,” Kishi said.

Bauer’s visit in Tokyo comes as Japan’s Maritime Self-Defence Force is participating in NATO naval exercises in the Mediterranean Sea.

Japan has been increasing its military capabilities and cooperation with Europe, in addition to its alliance with the United States and partnerships with other countries in the Indo-Pacific region and beyond, in the face of China’s rise.

Prime Minister Fumio Kishida has been invited to the NATO summit later this month, and is reportedly considering attending the meeting, which would make him the first Japanese leader to do so.

In May, Japanese Military Chief of Staff Koji Yamazaki joined a meeting of NATO counterparts in Belgium for the first time.

Japan quickly joined the United States and Europe in imposing sanctions against Russia and providing support for Ukraine, saying the crisis affects not only Europe but also could further embolden China to increase its assertiveness in the Indo-Pacific. AP