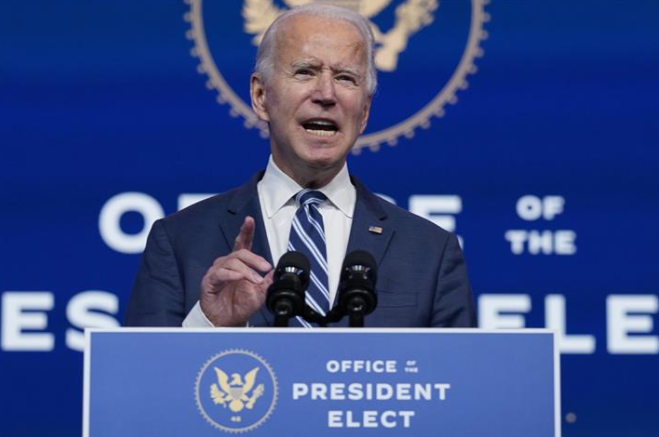 US President Joe Biden on Monday said that he kept his word by signing executive actions undoing policies put in place by former president Donald Trump and making his first moves on the pandemic and climate change.

The actions included a mask mandate on federal property and for federal employees, an order to establish a new White House office coordinating response to the coronavirus, and halting the process of withdrawing from the World Health Organization.

Biden also began the process of re-entering the Paris climate accord and issue a sweeping order tackling climate change, including revoking the presidential permit granted to the controversial Keystone XL oil pipeline.

I gave you my word as a Biden — and I kept that word.

Among a raft of orders addressing immigration, Biden revoked Trump’s emergency declaration that helped fund the construction of a border wall and end a travel ban on some majority-Muslim countries.

On the economic front, Biden asked the Centers for Disease Control to extend moratoriums on evictions and foreclosures until the end of March, and the Department of Education to suspend student loan payments until the end of September.—with Reuters