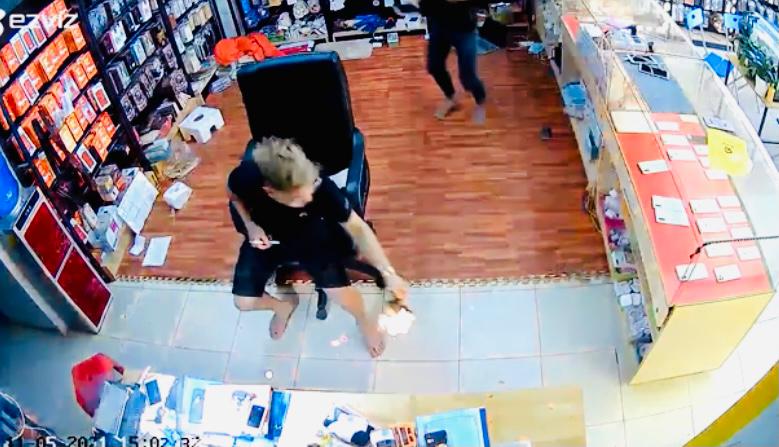 A video of a mobile phone’s battery exploding into flames while a man was repairing the device has surfaced online.

The incident was reported at a repair shop in Vietnam. A loud blast occurred and the phone went up in flames while the worker was repairing it.

The worker looked shocked, as he threw burning phone away.

Another worker at the shop was seen running away as the explosion occurred.

The incident took place on November 5, 2021, and was recently shared by the YouTube channel, ViralHog.

The caption read, “The worker was repairing the phone when the phone battery exploded. Luckily no one was injured.”