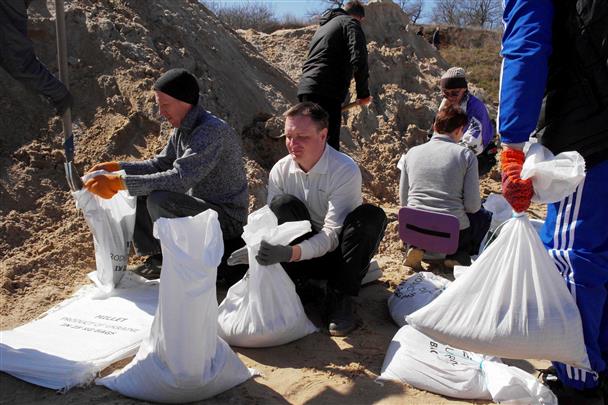 The besieged port city of Mariupol is under continuous bombardment as Russian forces redouble their efforts to capture it after its leaders refused to surrender, Ukrainian officials said on Tuesday.

The city council said the pounding was turning Mariupol into the “ashes of a dead land”. Russia’s RIA news agency said Russian forces and units of Russian-backed separatists had taken about half of the city, citing a separatist leader.

UN chief: This war is unwinnable

This absurd war is unwinnable and inevitably it will have to move from the battlefield to peace table.

The plight of civilians in Mariupol grew ever more desperate. Hundreds of thousands are believed to be trapped inside buildings, with no access to food, water, power or heat.

“There is nothing left there,” Ukrainian President Volodymyr Zelenskiy said in a video address to Italy’s parliament on Tuesday. Deputy Mayor Sergei Orlov said the city was under a full blockade and had received no humanitarian aid. — Reuters

Japan reacted angrily on Tuesday after Russia withdrew from peace treaty talks with Japan and froze joint economic projects related to the disputed Kuril islands because of Japanese sanctions over Russia’s invasion of Ukraine. Reuters