Pakistan to import sugar, cotton from India : The Tribune India 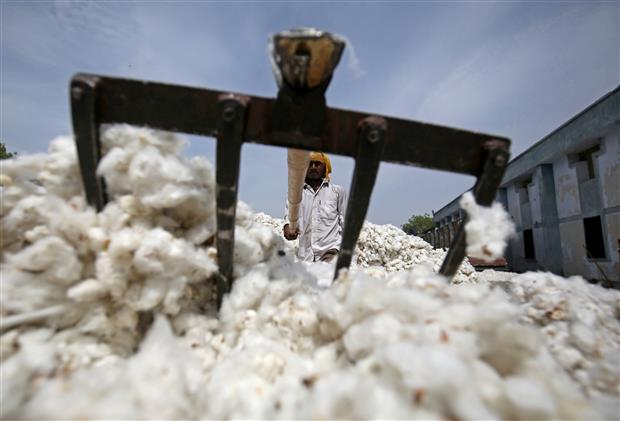 In a sign of further thawing of diplomatic ties, Pakistan on Wednesday approved the resumption of cotton and sugar imports from India.

Pakistan Prime Minister Imran Khan, who is also Minister-in-Charge of Commerce and Textile, had approved the proposals that were put before the EEC.

However, this is a symbolic gesture because the largest share of Indian exports to Pakistan is accounted for by polypropylene, reactive dyes, pharma and tea

The imports are being framed as a necessity. Azhar said Indian sugar is currently the cheapest in the world and Indian cotton imports will bridge the raw material shortfall for the textile sector.

The first signs of resumption of trade will bring relief to the region as well as the eco-system around Wagah that became a hostage to the rising tensions. Trade had begun declining even before Pakistan banned all trade with India on August 10, 2019, after the change in status of J&K. India retaliated a day later by imposing 200% duty on Pakistani trade.

Pakistan had lifted the ban on import of medicines and raw material from India in May last year but today was the first biggest step of reversing the complete suspension of trade between the two countries.

However, this is a symbolic gesture because the largest share of Indian exports to Pakistan is accounted for by polypropylene, reactive dyes, pharma and tea.

Some of the items going through Wagah to Pakistan such as pharma and chemicals are manufactured in the region which would get a fillip once trade of these items also resumes.

It remains to be seen whether India will permit imports of fresh fruits, cement, sesame seeds and gypsum, some of the main Pakistani items consumed here.

On Tuesday, Imran Khan had replied to PM Narendra Modi’s greetings on Pakistan’s National Day and expressed the hope that both countries will be able to close the chapter of over five years of acrimony. Though both leaders kept up this civility even when tensions had peaked after Pulwama, their letters this time had centrally positioned the desire for peace.

A few days earlier, the Indus Commissioners of both countries had met after over a year, in part because of Covid related restrictions.

However, there is no word on reopening of pilgrimage through the Kartarpur corridor.

But a Pakistani sports team had travelled here to take part in an international competition after a long time.

These rapprochement measures are undergirded by a surprise joint statement by military commanders from both countries on February 26 that decided to re-implement the ceasefire agreement on the border.