Proposal aimed at unifying communists who are against Maoism 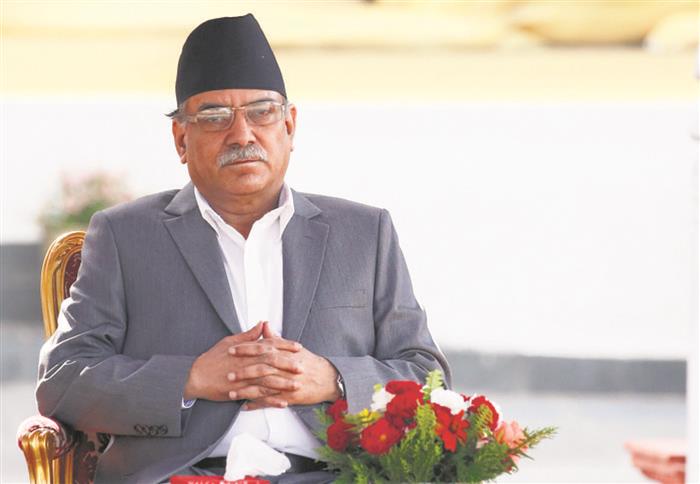 Pushpa Kamal Dahal Prachanda, Chief of Nepal’s CPN-Maoist Centre (MC), has proposed to drop “Maoist Centre” from the party’s name to make it acceptable for communist forces in the country, who do not like Maoism, to join it, according to a media report on Monday.

CPN-MC member Shiv Kumar Mandal said the former PM was always in favour of unity among all communist forces of the country and suggested that if dropping “Maoist Centre” from the party’s name could help unite these forces, then the party should be ready for that, The Himalayan Times reported.

The proposal comes as CPN-MC faces the heat to bolster the party after the Supreme Court recently nullified its merger with CPN-UML led by Prime Minister KP Sharma Oli, it said.

This has created a situation where Prime Minister Oli suddenly sees his position strengthened in the party, as he has a clear majority in the Central Committee and Parliamentary Party. Other prominent leaders of the CPN-UML’s Nepal faction — Madhav Kumar Nepal and Jhalanath Khanal, who had joined hands with Prachanda in seeking Oli’s resignation as PM — find themselves in a disadvantageous position, the report said.

The CPN (UML) and CPN (MC) merged in May 2018 to form a unified Nepal Communist Party following the victory of their alliance in the 2017 general elections. The ruling NCP split over Oli’s move to dissolve the 275-member House of Representatives in December. In a landmark ruling, the apex court last month reinstated the lower house of Parliament.

Nepal’s Election Commission on Tuesday asked the CPN (UML) and the CPN (MC) to come up with a new name and election symbol of the party if they decide to merge their parties again after the Supreme Court quashed the 2018 unification of the two parties. However, the political tussle between the two parties intensified after Prachanda on Sunday for the second time asked its ministers in Prime Minister Oli’s government to resign en masse for breaching party discipline, amid their reluctance to quit the Cabinet. — PTI