Return to diplomacy on Ukraine: Joe Biden at virtual meet with Vladimir Putin 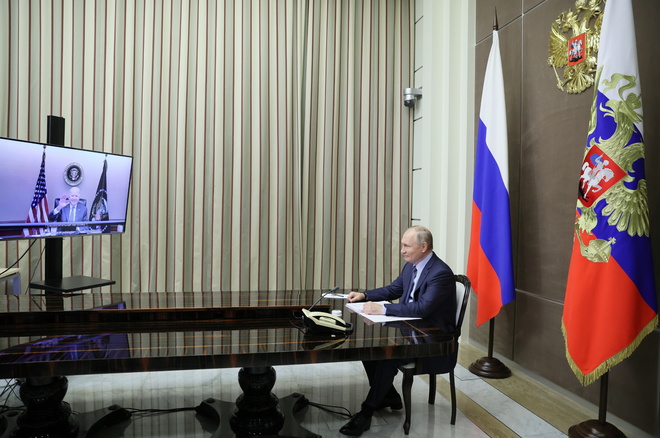 US President Joe Biden and Russian President Vladimir Putin held two hours of virtual talks on Ukraine and other disputes on Tuesday amid Western fears that Moscow is poised to invade its southern neighbour.

Russian TV footage showed Biden and Putin greeting each other in a friendly manner at the start of the meeting. Biden told Putin he hoped their next meeting would be in person. Biden voiced deep concerns over Russia’s actions in Ukraine, the White House said. “President Biden voiced deep concerns of the US and our European allies about Russia’s escalation of forces surrounding Ukraine and made clear that the US and our allies would respond with strong economic and other measures in the event of military escalation,” it said.

Biden reiterated his support for Ukraine’s sovereignty and territorial integrity and called for de-escalation and a return to diplomacy, the statement said. The two leaders also discussed the US-Russia dialogue on strategic stability, ransomware and Iran, it said. — Agencies

Will use all tools to prevent Russian aggression: UK

London: Britain will use all possible tools to try to prevent Russian aggression against Ukraine, a spokesman for Prime Minister Boris Johnson said on Tuesday. Reuters