Rift with Russia will be hard to bridge: NATO after Ukraine talks 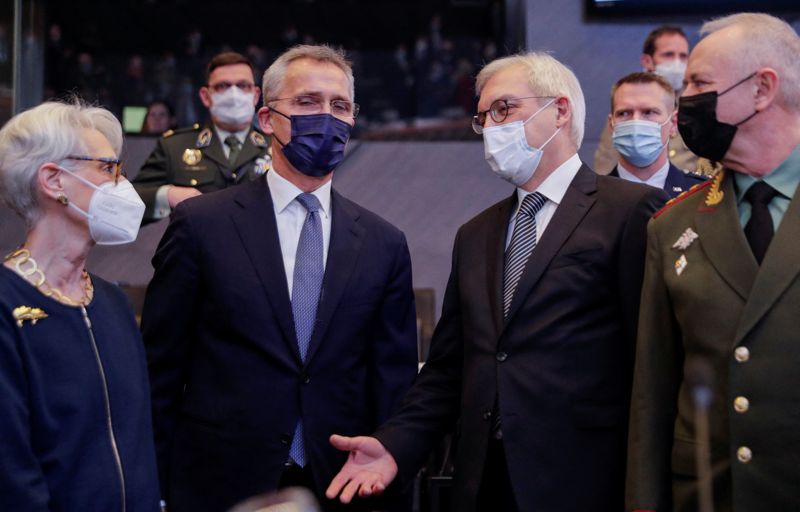 The differences between Russia and NATO over Ukraine will be difficult to bridge, the head of the Atlantic alliance said on Wednesday after four hours of talks where Moscow pressed its demands for security guarantees from the West.

"Our differences will not be easy to bridge, but it is a positive sign that all NATO allies and Russia sat down around the same table and engaged on substantive topics." Russia has forced the West to the negotiating table by massing some 1,00,000 troops near the border with Ukraine, a former Soviet republic that aspires to join NATO.

It denies planning to invade but says it needs a series of guarantees for its own security, including a halt to any further NATO expansion and a withdrawal of alliance forces from central and eastern European nations that joined it after the Cold War.

Stoltenberg said any use of Russian force against Ukraine would be a serious political mistake for which Russia would pay a high price. He reiterated NATO's position that only Ukraine and NATO can decide whether it becomes a member.

However, Stoltenberg said NATO was ready for further talks with Moscow on issues including arms control and missile deployments. Russia had asked for time to come back with an answer on this, he added. Russian Deputy Foreign Minister Alexander Grushko, who headed Moscow's delegation, was due to brief reporters later. — Reuters

US: Russia must continue dialogue

Brussels: The United States on Wednesday called on Russia to stay at the negotiating table after the first round of talks over Ukraine this week and continue discussions, including on topics such as arms control. “If Russia walks away, it will be quite apparent they were never serious about pursuing diplomacy,” US Deputy Secretary of State Wendy Sherman said. Reuters