Kirill Timoshenko, the deputy head of Ukraine's presidential office, posts a video on the social media site Telegram which, he said, shows a group of armed men carrying the mayor, Ivan Fedorov, across a square 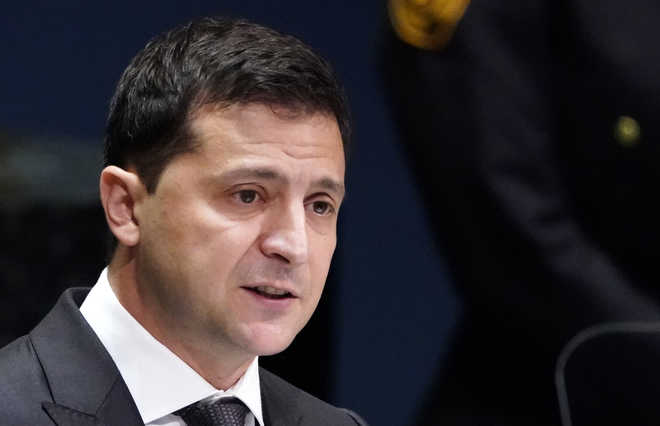 Ukraine’s President Volodymyr Zelenskyy accused Russia on Friday of kidnapping the mayor of the city of Melitopol, equating it to the actions of “ISIS terrorists”.

"They have transitioned into a new stage of terror, in which they try to physically liquidate representatives of Ukraine's lawful local authorities," Zelenskyy said in a video address on Friday evening.

Kirill Timoshenko, the deputy head of Ukraine's presidential office, posted a video on the social media site Telegram which, he said, showed a group of armed men carrying the mayor, Ivan Fedorov, across a square.

Russian forces captured the southern port city of Melitopol, with a population of 1.5 lakh, on February 26.

The prosecutor's office of the Luhansk People's Republic, a Moscow-backed rebel region in eastern Ukraine, said on its website that there was a criminal case against Fedorov.

The prosecutor's office accused Federov of "terrorist activities" and of financing the nationalist militia Right Sector to "commit terrorist crimes against Donbass civilians".

The office said it was looking for Fedorov and called for anyone with information about his whereabouts to contact them.