Demand already ruled out by Washington 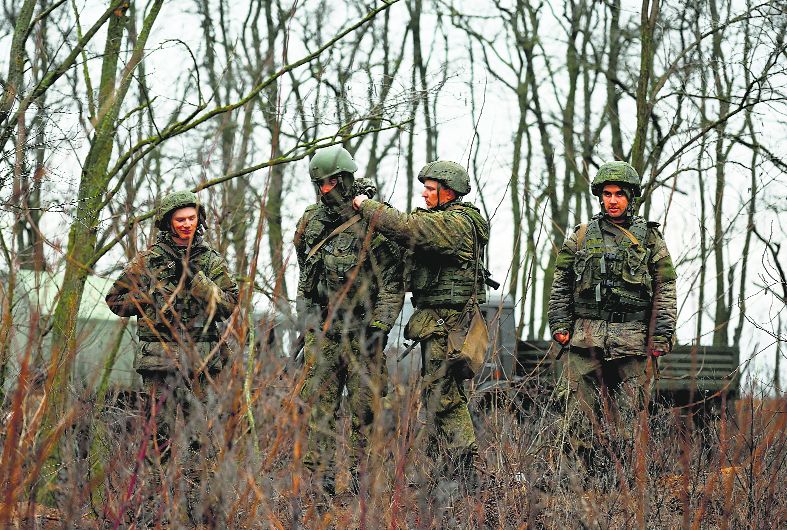 Russian service members line up during tactical combat exercises at the Kadamovsky range in the Rostov region, Russia. REUTERS

Russia demanded on Friday that NATO rescind a 2008 commitment to Ukraine and Georgia that they would one day become members and said the alliance should promise not to deploy weapons in countries bordering Russia that could threaten its security.

The demands were spelt out by the Russian foreign ministry in its fullest statement yet on the security guarantees that President Vladimir Putin says he wants to obtain from the United States and its allies.

They included proposals on establishing a regular defence dialogue and avoiding near-misses between military planes and warships that could form the basis of discussion with Washington following a two-hour video call this week between Putin and US President Joe Biden.

But the demand for an effective Russian veto on NATO membership for Ukraine, the most volatile flashpoint in East-West relations, is something that Washington and Kyiv have already categorically ruled out. — Reuters