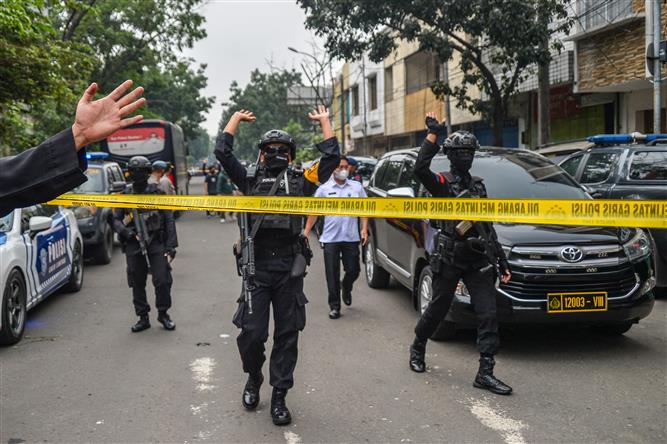 A man blew himself up on Wednesday outside a police station on Indonesia's main island of Java in what appeared to be the latest in a string of suicide attacks in the world's most populous Muslim nation.

Bandung Police Chief Aswin Sipayung said a man tried to enter the Astana Anyar police station with a motorcycle and detonated explosives where police were lining up for morning assembly, injuring at least three officers.

He said police are still investigating the attack in West Java's Bandung city and whether the man, who has not been identified, had links to radical groups.

A video that circulated on social media showed body parts scattered near a burning motorbike at the gates of the police station.

Television reports showed white smoke billowing from the building and people running in panic subsequent to a loud bang.