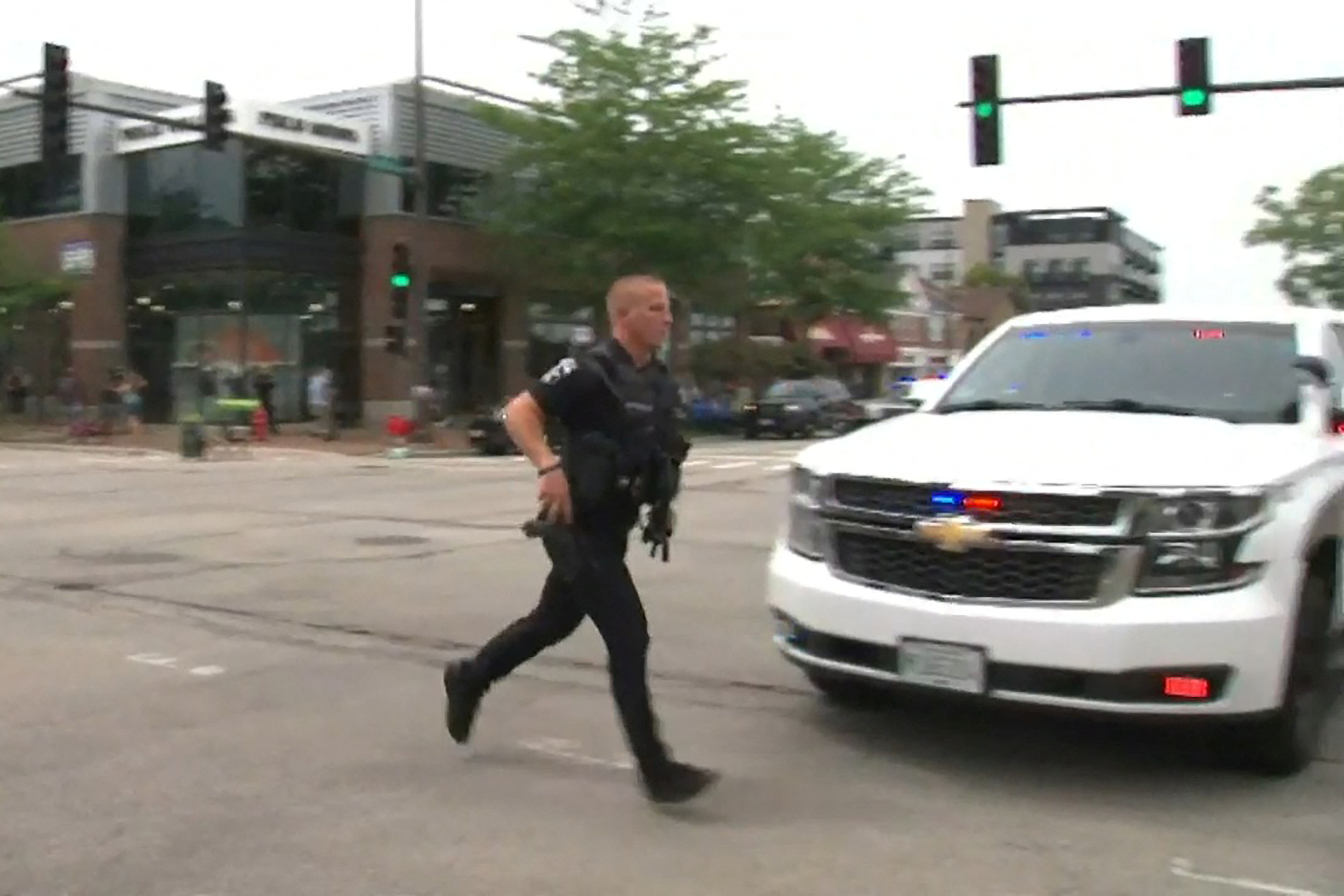 A police officer runs across a street after gunfire erupted at a Fourth of July parade route in the wealthy Chicago suburb of Highland Park, Illinois, US, July 4, 2022 in a still image from video. Reuters

Five people were killed and at least 16 hospitalised after gunfire erupted at a Fourth of July parade route in the wealthy Chicago suburb of Highland Park on Monday, officials said, as panicked spectators fled the scene.

The city of Highland Park reported on its website that five people were dead and 16 transferred to hospital.

"Numerous law enforcement officers are responding and have secured a perimeter around downtown Highland Park," the statement said.

The shooting comes with gun violence fresh on the minds of many Americans, after a massacre on May 24 killed 19 school children and two teachers at an elementary school in Uvalde, Texas, and the May 14 attack that killed 10 people at a grocery store in Buffalo, New York. Reuters