Rishi Sunak opens up about family life : The Tribune India

‘I’m much more organised, she (wife) is more spontaneous’ 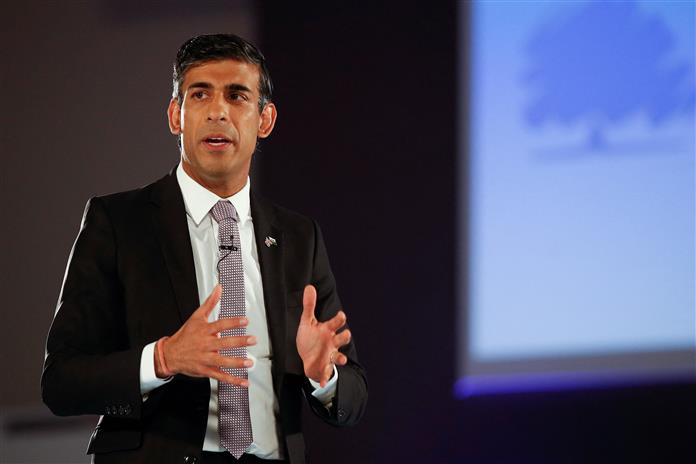 Britain’s prime ministerial candidate, Rishi Sunak, has shared that there was “clearly something” when he met his now wife, Akshata Murty — the daughter of Infosys co-founder Narayana Murthy — at a university in the US.

In an interview with ‘The Sunday Times’, the former Chancellor opened up about his family life as he reflected on one of the secrets behind his marriage being the fact that the couple are very different people. “I’m incredibly tidy, she’s very messy. I’m much more organised, she is more spontaneous,” Sunak said.

“She is not going to love me for saying this, but I’ll be honest with you. She is not big on the whole tidying thing. She is a total nightmare, clothes everywhere... and shoes... oh God shoes,” he said.

The couple, who met while he was studying for an MBA at Stanford University, got married in a two-day ceremony in Bangalore in 2006. Sunak, who was born in Southampton to Indian-origin parents, admits switching his class schedule around at Stanford “to be in a particular class” to sit next to Murty.

“I didn’t really need to take it but I did it anyway so we could sit next to each other,” he said. The couple have two daughters, Krishna (11) and Anoushka (9) and Sunak attended both births and loved helping with childcare.