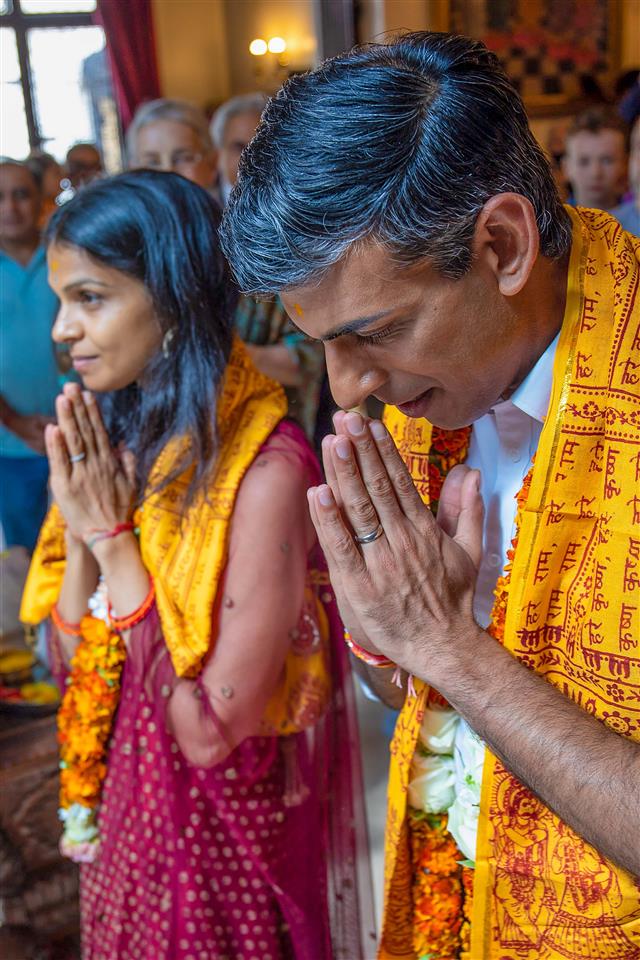 British Prime Minister hopeful Rishi Sunak has said he is excited to keep going in the Conservative Party leadership campaign even as surveys of party voters predict a firm lead for his rival, Foreign Secretary Liz Truss.

In an interview on Thursday, Sunak said he “definitely” had a shot at victory as he reiterated his stance that his rival's instant tax-cutting plans would prove inflationary for the economy.

“I’m really excited to keep going, I think my ideas are the right ones,” he said.

Earlier on Thursday, a new YouGov poll for “Sky News” showed Truss holding on to a solid 32-point lead in the race and other surveys of Tory members who will be voting in this election have shown a similar tilt in favour of Sunak’s opponent.

Sunak admitted it was a "bit odd" that his former boss took days before announcing his resignation as Tory leader and British Prime Minister last month in the wake of a deluge of ministerial resignations following his own early exit. Sunak renewed another previous assertion that he would “rather lose” than “say things that can't be delivered”.