Taiwan's military will prepare combat readiness but will not ask for a war, the defence ministry says 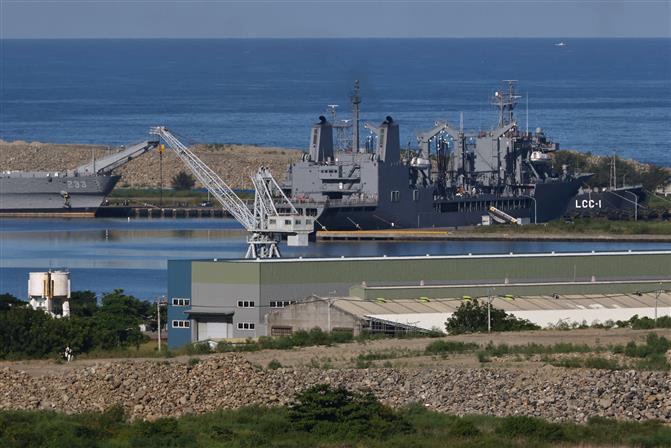 Kaohsiung-class amphibious ship Kao Hsiung is seen among other vessels at Taiwan Navys Zuoying naval base in Kaohsiung, Taiwan, on Friday. Reuters

Taiwan's military will prepare combat readiness but will not ask for a war, the defence ministry added.