Taliban govt is anything but inclusive: Afghan Ambassador to UN : The Tribune India

Taliban govt is anything but inclusive: Afghan Ambassador to UN 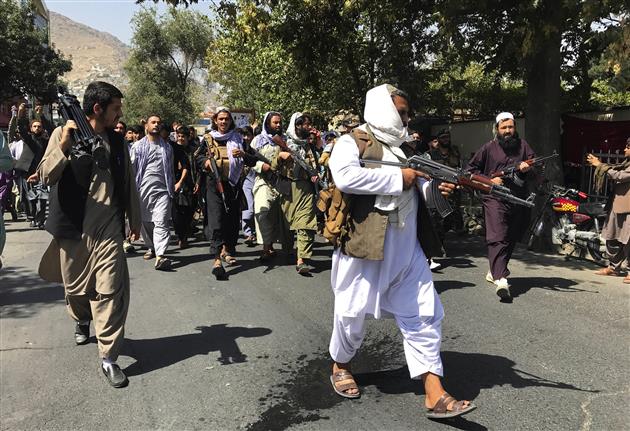 The government announced by the Taliban in Afghanistan is “anything but inclusive” and the Afghan people will not accept a governing structure that excludes women and minorities, the country's envoy to the UN has said, calling on the world organisation to reject the reinstatement of the Islamic Emirate.

China, Pakistan and Russia trying to figure out what to do with Taliban, says Biden

Top US lawmakers assail Taliban over announcement of interim govt

Taliban: Afghans with valid visas can fly out

The Taliban on Tuesday unveiled a hardline interim government led by Mullah Mohammad Hasan Akhund, with key roles being shared by high-profile members of the insurgent group, including a specially designated global terrorist of the dreaded Haqqani Network as the interior minister.

Mullah Abdul Ghani Baradar will be Akhund's deputy in the "new Islamic government”.

“As I speak and today, the Taliban announced their government. It is anything but inclusive," Afghanistan's Ambassador and Permanent Representative to the UN Ghulam Isaczai said.

"The people of Afghanistan, especially our youth who have only known a free and democratic Afghanistan, will not accept a governing structure that excludes women and minorities, eliminate constitutional rights for all and does not protect the gains of the past,” he said.

Isaczai was appointed by former president Ashraf Ghani as Kabul's envoy to the UN in June 2021. His remarks were the first reaction from an official appointed by the erstwhile Ghani regime to the formation of the caretaker Taliban government.

In his remarks in the UN General Assembly Hall at the high-level forum on the Culture of Peace, Isaczai said “we ask all member states of the United Nations to help us promote a culture of peace in Afghanistan.

“We ask that you continue to reject the reinstatement of the Islamic Emirate, hold the Taliban to account for their violation of international human rights and humanitarian law, insist on an inclusive government and draw a fundamental red line regarding Taliban's treatment of women and girls and respect for their rights,” he said.

The announcement of key figures in the caretaker government in Afghanistan comes weeks after the Taliban seized control of war-torn Afghanistan, ousting the previous elected leadership which was backed by the West. PTI