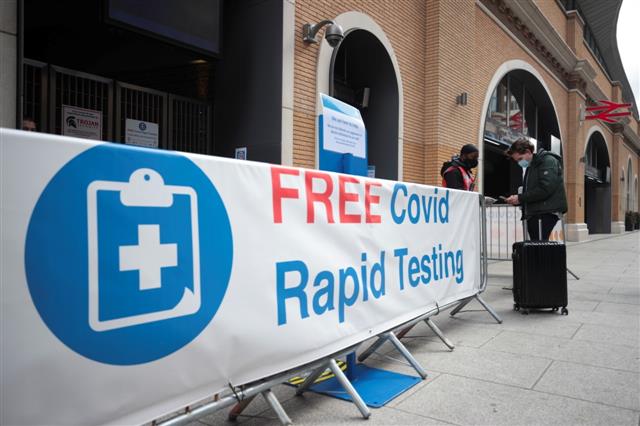 Britain's COVID-19 vaccination programme is beginning to break the link between infection and serious illness or death, according to the latest results from an ongoing study of the pandemic in England.

Researchers at Imperial College London found that COVID-19 infections dropped about 60 per cent in March as national lockdown measures slowed the spread of the virus. People 65 and older were least likely to be infected as they benefited most from the vaccination programme, which initially focused on older people.

The study also found that the relationship between infections and deaths is diverging, “suggesting that infections may have resulted in fewer hospitalisations and deaths since the start of widespread vaccination.” But researchers also urged caution, saying that infection rates levelled off at the end of the study period as the government began to ease the national lockdown and children returned to school.

The next step in lifting England's third national lockdown is scheduled for April 12, when non-essential shops will be allowed to reopen, along with hair salons, gyms and outdoor service at pubs and restaurants.

The Imperial College study conducts swab tests on a random sample of people across England each month. The latest round tested more than 140,000 people from March 11 to March 30. — AP