london: Queen Elizabeth II’s nephew, the Earl of Snowdon, and his wife Countess of Snowdon have announced that they have agreed to divorce each other after 26 years of marriage. The earl, David Armstrong-Jones, is the son of the 93-year-old monarch’s late sister Princess Margaret and photographer Antony Armstrong-Jones. He and his wife Serena have two children. PTI

Melbourne: Australia has appointed former New South Wales premier Barry O’Farrell as the next high commissioner to India, one of Canberra’s closest and most significant partners in the Indo-Pacific, an official statement said on Tuesday. O’Farrell, 60, will succeed Harinder Sidhu who has been in the office since 2016, tweeted Australian Minister for Foreign Affairs Marise Payne on Tuesday. PTI 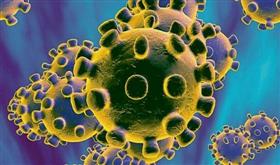