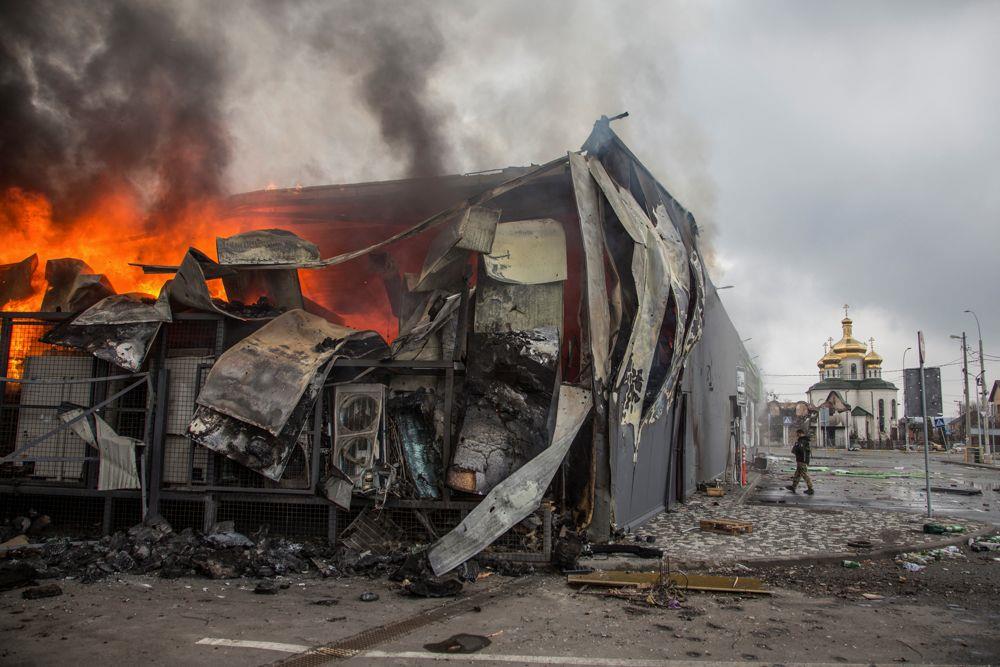 A building on fire after shelling at Irpin in Ukraine. Reuters

The delegations met in-person on Tuesday in Istanbul. The Ukrainian delegation offered a framework under which the country would declare itself neutral — dropping its bid to join NATO, as Moscow has long demanded — in return for security guarantees from a group of other nations. Russian diplomats responded positively to Ukraine’s proposal. — AP