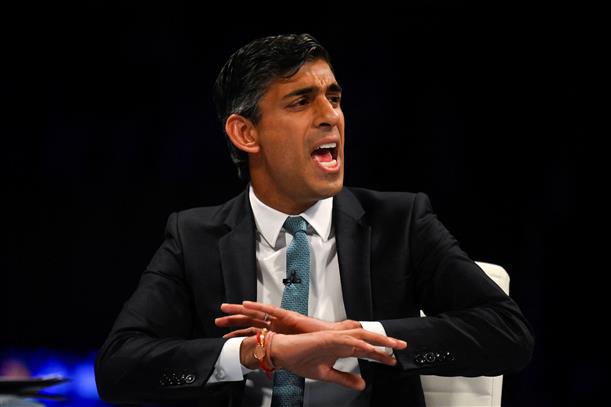 Two weeks before the UK’s Conservative Party leadership election is set to draw to a close, finalist Rishi Sunak’s team is promoting a new campaign video cashing in on his “underdog” status with rival Liz Truss’ firm lead in the race to succeed Boris Johnson.

Two weeks before the UK’s Conservative Party leadership election is set to draw to a close, finalist Rishi Sunak’s team is promoting a new campaign video cashing in on his “underdog” status with rival Liz Truss’ firm lead in the race to succeed Boris Johnson.

Got nothing to lose

They say beware the underdog, because it has got nothing to lose. An underdog fights for every inch. They work harder, stay longer, think smarter; underdogs don't give up, they'll do the difficult things and they never, ever get complacent. The voiceover in the video campaign for Sunak

The video shows the former Chancellor at a series of campaign events since the race began last month and addressing Tory members, who are voting for a new party leader to take charge as the British PM on September 5.

“I’ll keep fighting for every vote till the final day,” Sunak tweeted with the video, which counts down 100 events in 30 days to reach 16,000 party members on the campaign trail.

The video shows the 42-year-old British Indian former minister interacting with voters and is also seen catching a quick power nap on a bench as a voiceover praises his efforts to “fight for every inch”.

It comes as most recent surveys of Tory members casting postal and online ballots in the election and bookie odds strongly indicate a Truss victory, who is campaigning on a tax-cutting plan to address the economic crisis amid soaring prices in the UK. Former minister Michael Gove became the most recent senior Tory grandee to warn that her plans were a “holiday from reality” as he endorsed Sunak’s focus on inflation busting.