US affirms support for Japan on East China Sea dispute 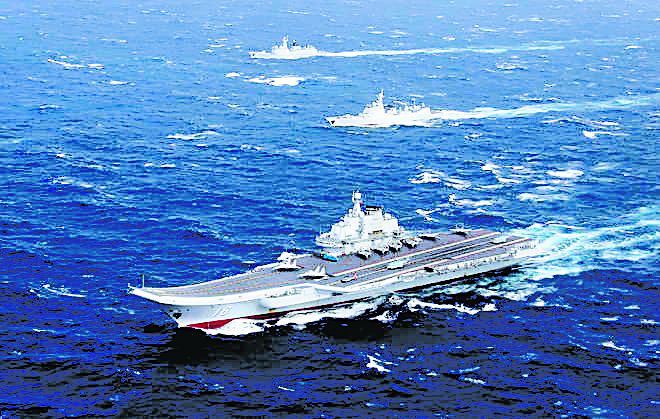 The US military will help Japan monitor “unprecedented” Chinese incursions around East China Sea islands controlled by Tokyo but claimed by Beijing as Chinese boats prepare to begin fishing in nearby waters, the commander of US Forces Japan said on Wednesday.

“The United States is 100 per cent absolutely steadfast in its commitment to help the Japan Government led by Shinzo Abe with the situation," Lieutenant Kevin Schneider said during an online press conference.

Washington: China under President Xi Jinping has become more aggressive and bullish, former US Ambassador to the United Nations Nikki Haley said on Tuesday, asserting that such a behaviour was unlikely to last long. Indian-American Haley, in an interview, said the Chinese were quiet and strategic during her tenure at the UN. “Then once President Xi kind of named himself king, they got very aggressive," Haley alleged. PTI

“They (Chinese ships) would go in and out a couple of times a month and now we are seeing them basically park and truly challenge Japan's administration,” he added.

Schneider's comments come as he and other senior US commanders criticise Beijing for pushing territorial claims in Asia amid the Covid pandemic and a sharp deterioration in relations between the United States and China.

Singapore: Singapore Prime Minister Lee Hsien Loong on Tuesday said he hoped the US would stabilise its ties with China as Asia depended on a stable relationship between the world’s two biggest economies. Lee was recently re-elected Prime Minister. PTI

The dispute over the East China Sea islands, known as the Senkaku in Japan and the Diaoyu in China, has simmering for years. Washington is neutral on the question of sovereignty, but has pledged to help Japan defend against attacks. —Reuters