Video: Kids for sale. Pakistani cop tries to sell his 2 small children for Rs 50,000. Know the story behind the desperate attempt? 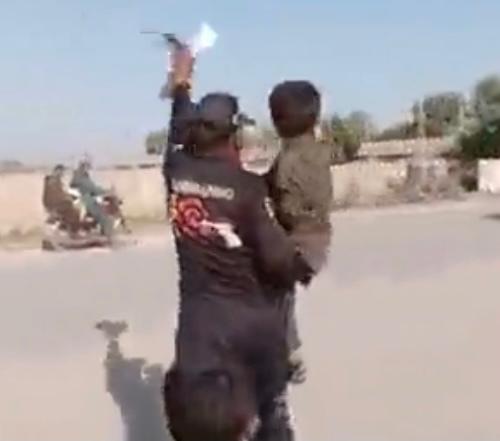 This must have been one of the most difficult decisions of his life. A Pakistan police officer standing in the middle of a road with his two children and screaming that his children are up for sale? He also quoted a price of Rs 50,000 for both the boys.

It so happened that the Ghotki police officer was not given leave for the treatment of a child and was transferred to Larkana.

The officer would allegedly to pay a bribe of Rs 50,000 for taking leave and stopping his transfer, as per a post on Twitter.

A video of the incident was uploaded on Twitter on November 13. The bizarre incident has gone insanely viral on social media and as per media reports, it was an act oit of “desperation”.

Nisar Lashari is reportedly the name of the person in the video. He works as a police officer in Ghotki district where he is posted in the prisons department. According to VICE, the cop’s helplessness drove him to ask bystanders whether they would pay him for his kid. “I felt so helpless," Lashari stated to VICE. According to reports, Lashari requested a medical leave of absence so that he could take one of his children for a medical procedure. His superiors, however, refused to allow his leave and instead demanded a bribe. Lashari was later re-posted in Larkana, around 120 kilometres away.

He was quoted by the Global Digital news platform as saying, “Why did they give me this punishment? Just for not paying a bribe? The people here are so powerful and there is usually no action taken against them.”

Murad Ali Shah, the Chief Minister of Sindh, finally interfered. The officer was returned to his previous station and given a 14-day leave for his son’s medical treatment.