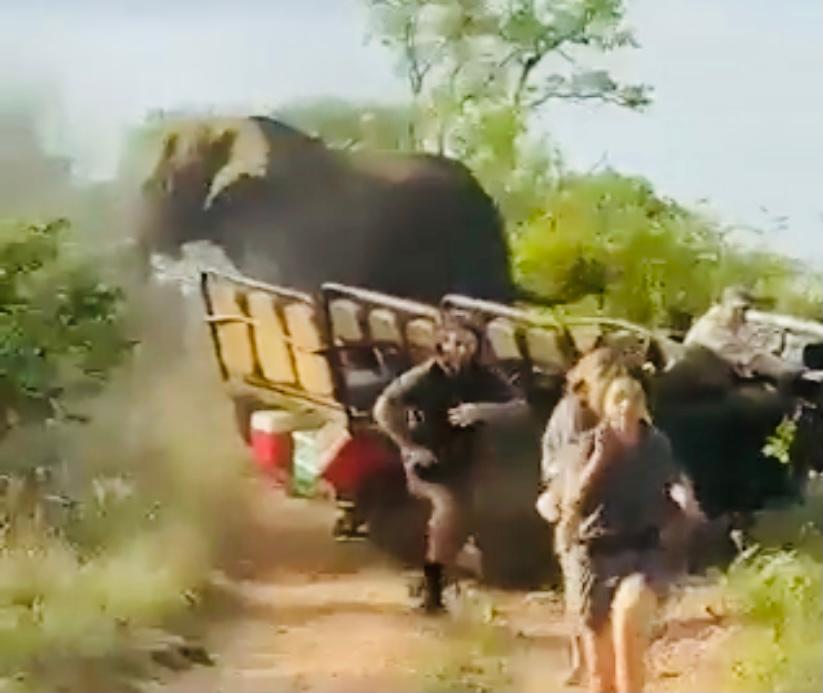 This horrifying footage of an elephant attacking a safari vehicle in South Africa's Selati Game Reserve and occupants sitting in it trying to run for their lives will send shivers down your spine.

Trainee guides were being driven through the game reserve, which is situated at the edge of Kruger National Park, when the elephant came from front and made it way straight for their vehicle, reports Daily Mail.

Footage captured by EcoTraining guides reveals how the 13-foot elephant flipped the jeep over. "Get out, get out, get out," a guide in a safari vehicle behind the jeep being attacked was heard yelling as trainee guides ran away from the aggressive elephant.

The hair-raising footage has gone viral on social media, racking up thousands of views on Twitter and Facebook. Below is the video:

Too much intrusion will take your life in Wilderness. However, wild animals keeps on forgiving us since long.#responsible_tourism specially wildlife tourism should be educational rather recreational.
हांथी के इतना घुसा नही जाता 🙏 watch second video too pic.twitter.com/AOKGZ2BAjB