Watch: ‘I only wanted to kill Imran and no one else’, says attacker who opened fire at former Pak PM Imran Khan : The Tribune India

Watch: ‘I only wanted to kill Imran and no one else’, says attacker who opened fire at former Pak PM Imran Khan

According to PTI leaders, Khan is presently ‘out of danger’ 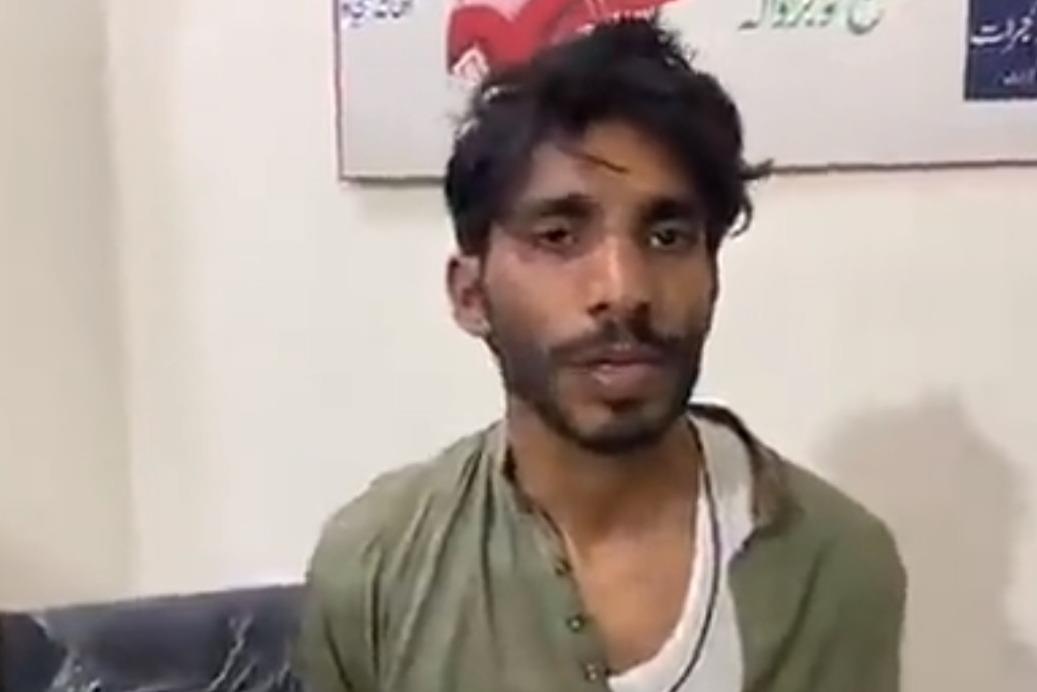 Faisal said he wanted to kill Khan ever since the latter started his long march from Lahore on October 28. Video grab- Twitter/@AzharSiddique

Nabbed by the police, the attacker later said that he only wanted to kill Khan and no one else.

The shooter opened a burst of bullets which hit PTI leaders standing next to Khan and also injured the former premier who got shot in the leg.

According to PTI leaders, Khan is presently ‘out of danger’.

Immediately after the attack, Khan was taken inside the container, after which he was rushed to the local hospital from where he was shifted to the Shaukat Khanam Hospital in Lahore.

Other than the PTI top leadership, at least six others others have been injured in the attack, one of whom is in a critical state. As per reports, at least one person has died in the attack.

The attackers, numbering two, were nabbed by the supporters of PTI present in the march before being handed over to the police.

As per details, one of the attackers is named Faisal Butt, while the other has been identified as Mohammad Naveed.

Faisal said he wanted to kill Khan ever since the latter started his long march from Lahore on October 28.

“I got angry with Khan for spreading hatred and misleading the people. I only wanted to kill Khan and no one else,” said Faisal.

“I did this on my own will and no one told me to do so. I just got angry on Khan and wanted to kill him,” Faisal added.

Meanwhile, Prime Minister Shehbaz Sharif took immediate notice of the incident and ordered the Interior Ministry to submit a report on the matter.

“I condemn the incident of firing on PTI Chairman Imran Khan in the strongest words. I have directed the Interior Minister for an immediate report on the incident. I pray for the recovery and health of the PTI Chairman and other injured people,” Sharif said.

“The government will extend all the necessary support to the Punjab government for security and investigation. Violence should have no place in our country,” Sharif added.

The attack on Khan came at a time when the slow pace of the long march was being criticised for not having an impact on the government officials, who have stated that the government will not bow down to any of the demands of Khan, which he aims to achieve with the long march.

The march has been moving at a snail’s pace since with a travel time of about four hours or less in a day.

Khan himself had said earlier that time will define if his fight for revolution in the country against the current leadership will be achieved peacefully or through bloodshed.

It is also a fact that Khan is by far the most popular leader in the country at present, and any attempt to assassinate him is bound to trigger widespread chaos and angry protests.