With Ahmad Massoud's whereabouts unclear, his supporters use social media to counter Taliban claims on Panjshir

Panjshir leader in video says ‘nothing can be more sacred than defending innocent, democracy, human and women's rights, freedom’ 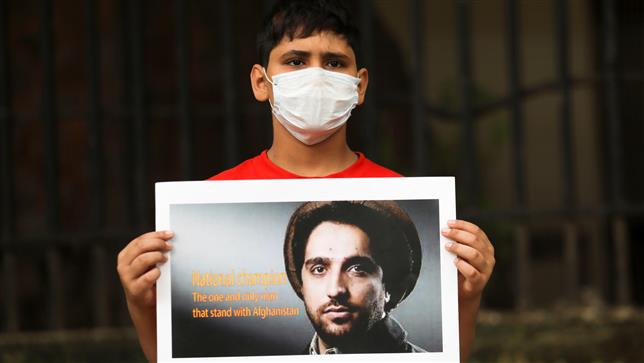 In videos and pictures, support is pouring in for Panjshir leader Ahmad Massoud from around the world. Reuters

With Panjshir pounded by the Taliban and the whereabouts of the National Resistance Force's military commander (NRF) Ahmad Massoud unclear, his supporters have taken to social media to broadcast his earlier video messages and interviews to try and lift the morale of the forces.

The Taliban had claimed that they had almost taken over Panjshir and that Massod had fled to neighbouring Tajikistan, whereas the resistance forces claim that he was very much in Afghanistan. But with no video evidence available to suggest that Massoud was marshalling his forces to stave off the Taliban, his supporters are using social media platforms for what many believe were psyops to keep the morale of the forces intact.

In videos and pictures, support is pouring in for Panjshir leader Ahmad Massoud from around the world.

In one such video, posted by Ali Maisam Nazary, head of Foreign Relations for the National Resistance Front of Afghanistan, Ahmad Massoud is heard saying: “What is more sacred than defending the innocent, democracy, human rights, women's rights, and above all freedom?"

HE Ahmad Massoud: What is more sacred than defending the innocent, democracy, human rights, women's rights, and above all FREEDOM. #NationalUprising #SavePanjshir #StandWithPanjshir #Resistance pic.twitter.com/FCcq4nzOa4