Demand for a befitting memorial for the martyr remains unfulfilled 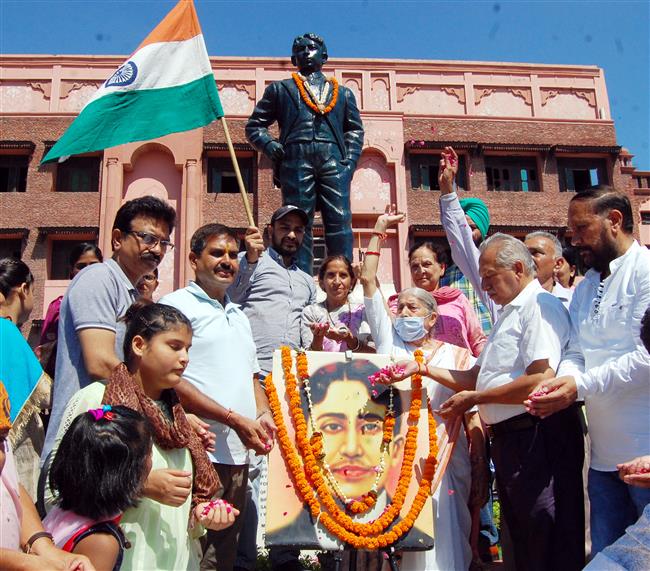 Despite being the first Indian to kill a British officer in England, Madan Lal Dhingra has failed to find a memorial befitting his stature even after 114 years of his martyrdom.

Born into one of the richest families of the city in 1883, Dhingra shot British army officer Sir William Hutt Curzon Wyllie in UK in July 1909. Following a brief trial, he was hanged to death on August 17, 1909.

Disowned by his father Gitta Mal, the then Chief Medical Officer of Amritsar, Dhingra was denied cremation as per religious rites. He was buried in the burial ground of a UK prison and his remains were returned to India in December 1976.

A statue of the forgotten hero was installed in a green belt near bus stand. The city also has its interstate bus terminal named after him. A bust of the martyr can be seen near the Town Hall building.

The ancestral home of the martyr was sold by the family and the new owner had demolished the structure.

However, the demand for a befitting memorial for the martyr who had inspired the likes of Bhagat Singh and Udham Singh still remains unfulfilled. Despite numerous requests by the Shaheed Madan Lal Dhingra Samarak Samiti and other quarters, the memorial fails to come up even as the MC had earmarked the land for the same around four years ago.