Dr. Brajesh Yadav : A man with a golden heart 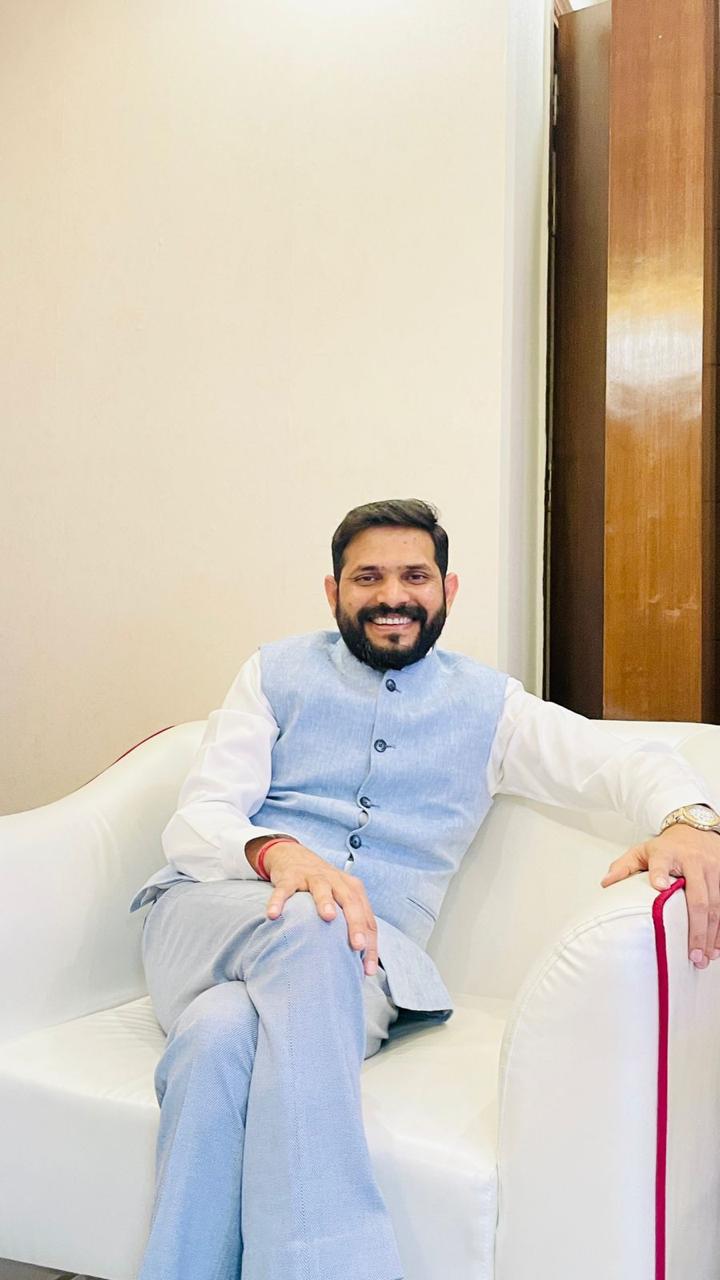 We belong to a generation where two things determines the success rate of an individual : Money and Power. In the modern era, people choose the path of exploitation and false business tactics in order to earn money and gain immense power. They play a role of hindrance in the growth process of their colleagues. We are living in a world where jealousy, deceiving others and mistrust has taken over the position of honesty, passion and dedication.  Businessmen focuses on their organizational objectives of surviving in the market for a long term, earning profit, and growth of their organization. They also pay attention towards their personal objectives.

It can be seen that they largely ignore their responsibilities towards the  society. But, we can find exceptions in every corner of the world. One such exceptional jewel is Dr. Brajesh Yadav. He has set an example of how a successful person is supposed to be. What it is to be a man with kindness in heart and compassion in work.

Belonging to a small village of Uttar Pradesh named Etah, Dr. Brajesh Yadav is not only a doctor but also an Entrepreneur, Producer in the film industry, Trader, Liasoner, Tech-savvy and most importantly a Social worker. He did his primary education from Bhadki (Uttar Pradesh), and completed his secondary schooling from Etah itself. He got his degree from Agra and shifted to Pune for his higher studies.

After finishing his education, he started his IT business by opening his software company named Techno Thoughts IT Services. His company is spread across many cities in India such as Gujarat, Haryana, Andhra Pradesh, West Bengal, Karnataka, etc. He has also became a name in countries like Dubai, Malaysia and America.

At a very young age, Dr. Brajesh Yadav has done a lot for the welfare and upliftment of the society. Just like every building needs a strong base to stand unaffected for longer years, human beings need a strong foundation, too. He is grateful towards his parents who has instilled the values of kindness in his heart. They taught him the core values of being compassionate and down to earth. They played an important role in shaping his personality and mindset. His parents were equally a part of social welfare. They also used to serve their society. It is believed that we become what we perceive around us and get influenced by the kinds of people we live with. Dr. Brajesh Yadav says that he has followed the footsteps of his parents ever since.

Dr. Brajesh is the name behind the availability of electricity in many small villages. He refused to take dowry in his own marriage which sets an example for the people residing in remote areas of India who still believes that dowry is an integral part of marriages. He became a ray of hope for every soul who is deprived of basic amenities of life such as food, clean water, proper sanitation and shelter.

He is honored with Doctorate by many universities for his contributions in the societal welfare.

When we expect a change in the society, we must start with the person we look everyday in the mirror. Dr. Brajesh Yadav has shown this in real life through his works. He often gets honored at many places for his work, but recently he was esteemed at his hometown for the works he has done for the welfare of the society. When he travelled to his hometown on the occasion of Diwali, he was greeted by the police staff there with a mesmerizing frame of Lord Rama and Sita. His entire village is proud of him and his achievements. A small town man has proved the world that anything is possible with patience and humbleness. Dr. Brajesh felt amazed at the lovely gesture of the police staff. He showed his gratitude towards them on behalf of his family and inspired other children of his village to contribute towards the society.

Dr. Brajesh Yadav feels that young minds can contribute to great miracles in the society. He feels the need to ignite the minds of youth towards a better direction so that the society is uplifted in a faster pace. Only Youngblood can take the nation forward. Youths are an asset to the nation who must be used effectively & efficiently.  He says that its just the beginning. He has a lot to do for his nation for which he needs the help of other people as well. He also promised that he will continue to serve the society with dedication and hard work. He motivates people to join him for this better cause so that they can together build a strong society possessed with equality and justice. This kind of things boosts young men to do good things for their society.

Our society requires more men like Dr. Brajesh Yadav. It is our responsibility to work for the betterment of our nation and contribute towards the upliftment of our society. Our small steps towards the welfare can bring great changes in the lives of people around us. Be Compassionate, It costs us nothing but saves the lives of many individuals. A life lived for others is indubitably considered a worthy one.