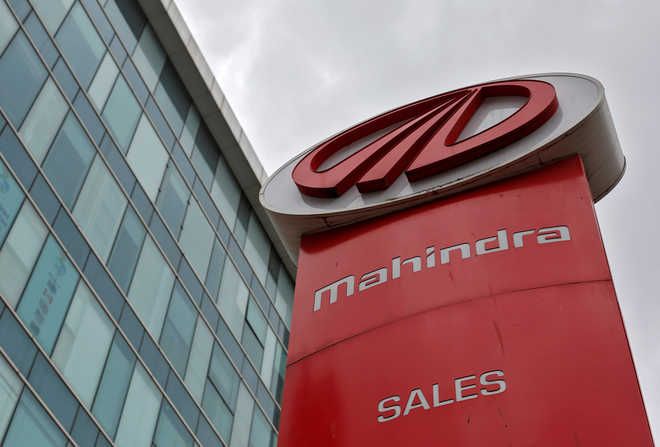 M&M has announced that it would invest Rs 10,000 crore for manufacturing electric vehicles (EVs) under the Maharashtra Government’s industrial promotion scheme. It will make the investment over 7-8 years for setting up the facility.

LIC has introduced ‘Jeevan Azad’— a non-participating, individual, savings plan that offers a combination of protection and savings. It is a limited premium payment endowment plan that provides financial support for the family in case of unfortunate death of the life assured during the policy term.

BHEL has won an order to modernise steam turbines at Ukai Thermal Power Station in Gujarat. Valued at around Rs 300 crore, the order has been by Gujarat State Electricity Corporation.

IndianOil recently set up a stall on the theme ‘We Develop Solutions’ showcasing its green roadmap for ethanol blending and production processes at the Ethanol Pavilion at the Auto Expo 2023, which was held from January 11 to 18.

Piramal Finance has launched a campaign that focuses on addressing the credit needs of the unserved and underserved customers. It highlights the brand’s commitment to look beyond documentation to assess the credit worthiness.

The 10th edition of 21 Gun Salute International Concours d'Elegance' was held recently in Vadodara. A special ‘Jawa Yezdi Class’ was included for the motorcycle enthusiasts.

Škoda Auto India continued with its tradition of Service Challenge. Like last year, Pune played host yet again this year to a ceremony that acknowledged, rewarded, and encouraged Škoda personnel and its partners to place the customer first.

Job fest at Aryans on Mar 15

Aryans Group of Colleges, Rajpura, will conduct 55th job fest at its campus on March 15. As many as 20 companies will participate. Aspiring candidates can visit www.aryans.edu.in for free online registration.

LG side by side refrigerators

The Chandigarh chapter of Women’s Indian Chamber of Commerce and Industry (WICCI) recently held a seminar on women engagement. It was aimed to boost and build women's entrepreneurship and businesses through greater engagement with government, institutions, global trade and networks.

Education startup Sunstone recently organised a national scholarship test for school students. The test was conducted in association with 2,000+ schools and witnessed participation of over 1.5 lakh students.

Glenmark Pharma has launched Akynzeo I.V. — a unique injection for the prevention of chemotherapy-induced nausea and vomiting - under an exclusive licensing agreement with Helsinn, a Swiss biopharma group company.

Integrated logistics provider Delhivery has launched a training and recruitment programme - an initiative to empower young jobseekers to build a career in the logistics industry.

Croma has launched a campaign ‘Constitution of Joy’ for its Republic Day sale. It will run till January 29 and deliver great service and improve customer experience.

M&M has announced pricing for its electric XUV400. The all-electric SUV is priced at Rs 15.99 lakh onwards.

Tecno has launched Phantom X2 Pro 5G at Rs 49,999 having the world's first retractable portrait lens. It is an enhanced version of Phantom X2 5G launched earlier this month.