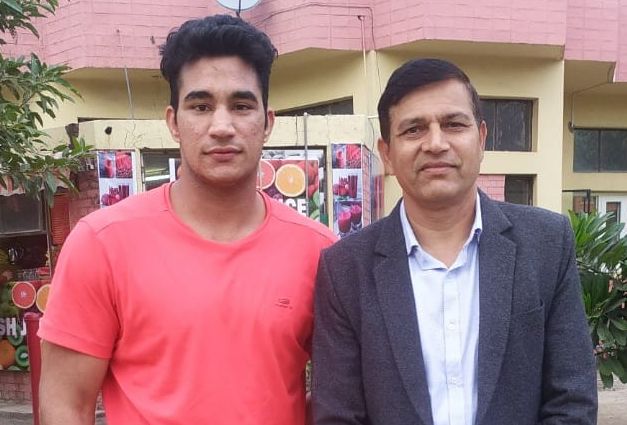 Sagar Ahlawat (23) has made it to the eight-member Indian boxing team for the 2022 Commonwealth Games (CWG) in the super heavyweight category (+92kg) in the two-day selection trials held at Netaji Subhas National Institute of Sports in Patiala on Thursday. Sagar dethroned India’s No. 1 super heavyweight and 2020 Tokyo quarterfinalist Satish Kumar 5-0 and reigning national champion Narender to seal a place in the team.

The 2022 CWG are scheduled to be held in Birmingham from July 28 to August 8.

Hailing from Dhandlan village in Jhajjar, Sagar is a BA III student of GGDSD College, Sector 32, and has been studying in Chandigarh for the past seven years. He trains under Hitesh Deswal in Jhajjar and Virender Dangi in Chandigarh.

“I am really excited about the CWG. I have been training hard since October last and was hopeful of selection. There is still some time for the games and I want to use it effectively,” Sagar said from Patiala.

Representing Chandigarh, he won the silver medal in the men’s 5th Elite National Championship at Bellary in September 2021. A month later, Sagar was selected for the national camp in Patiala. He has twice won the gold in the PU Inter-College Boxing Championship, in 2021 and 2020. Sagar is also a two-time gold medallist in the Chandigarh state championship for the past two years.