It’s business, but sport is also something with an inherent value: An immunobooster for practitioners. That said, sport is good if you step out and play, merely watching it on TV is not enough

Within three days, pressure from football associations, governments and fans forced the big clubs to pull out of the proposed European Super League. Reuters 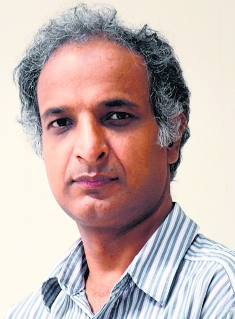 Right now in India, we’re witnessing the horror that Europe and the US went through a few months ago — the coronavirus pandemic is wreaking havoc in our country, too, mocking at the premature crowing of victory that our leadership indulged in. Amidst these nightmarish scenes of misery and devastation, the Indian Premier League goes on. Maybe it’s just as well — this may sound insensitive, but life must go on, business must go on.

Sport is business, but it’s also something with an inherent value — sport is an immunobooster for its practitioners.

On March 22, cricketer Devdutt Padikkal tested positive for Covid-19. On April 22, he smashed 101 off 52 balls in an IPL match. Now, Padikkal is young — only 20 — and obviously fit and strong. His testing positive, quarantining, recovering, resuming training and then making a 100 — all this within a month — may not be a miracle for a sportsperson.

But if one wishes, one can draw lessons from his story — sport will make you fitter. This is a guarantee.

The vaccine is here, the immunisation is on, but it’s clear that Covid-19 isn’t going away any time soon — we’d have to live with it for years. We’d have to learn to deal with it, manage it. Apart from masks and social distancing, the best way to do that is to eat healthy and be physically active.

In 2008, a worldwide study by the medical journal Lancet concluded that physical inactivity caused 5.3 million premature deaths out of the 57 million deaths that occurred worldwide that year. The study noted: “Worldwide, we estimated that physical inactivity causes 6-10% of the major non-communicable diseases such as coronary heart disease, type 2 diabetes, and breast and colon cancers. Furthermore, this unhealthy behaviour causes 9% of premature mortality.”

In short, sport is good if you step out and play — merely watching it on TV is not enough; IPL on the TV at night might elevate the mood and take the mind away from the terrible news around us, but it’s no substitute to stepping out to walk, jog, play, breathe in the fresh air.

How many Ferraris does an average person need? None, perhaps. But why do footballers need so many? This vital question was thrown up recently, when within three days, the grandest football league of all was announced and demolished — a multi-billion dollar sporting empire that was stillborn.

Big European clubs are suffering financially due to the pandemic. Their accounts are in the red, and their top officials are hired with the mandate to take urgent steps to bolster the finances. They came up with the idea of the European Super League (ESL) — it’s not an original idea, having been floated several times before, but this time it was formally launched. The big clubs wanted themselves to be members in perpetuity of ESL, so that they could play each other every year. Contests among the big clubs garner most interest and eyeballs, and they wanted to mop up all the revenues from the sale of TV and digital rights. This would have dried up the financial stream of the smaller clubs — they would not have been part of ESL. The Champions League would have been demolished, leaving the smaller clubs little to play for at the continental level.

The fans of football — of clubs big and small — reacted with anger. Perhaps the pandemic has made them more civic-minded than ever before; perhaps the thought of profiteering, chasing more money and denying it to others, is an anathema in these times — in times when everything seems uncertain, and money less precious than oxygen. Within three days, pressure from football associations, governments and fans forced the big clubs to pull out of ESL — the project is dead.

Big clubs are desperate to chase money — one reason is that player salaries have spiralled out of control. Barcelona’s salary limit before the pandemic was 671.4 million euros; it was reduced to 382.7 million euros for the Covid-hit season. Football players provide us joy, but are they really worth so much? Are they really worth more than scientists and doctors?

La Liga president Javier Tebas said: “These clubs need to reduce their expenses. We don’t need to keep increasing earnings so that players can have seven Ferraris instead of six.”

The common man doesn’t need a Ferrari. For him, an ambulance in need is worth a million times more than a Ferrari.