The emphasis has been on post-disaster response, rescue, evacuation and relief rather than following the disaster management continuum that lays more stress on pre-disaster early warning, mitigation and risk reduction of disaster events. Such methodology is safe, economically feasible and advantageous. Cloudburst hotspots have to be identified, risk mapping done and management initiated from these places. 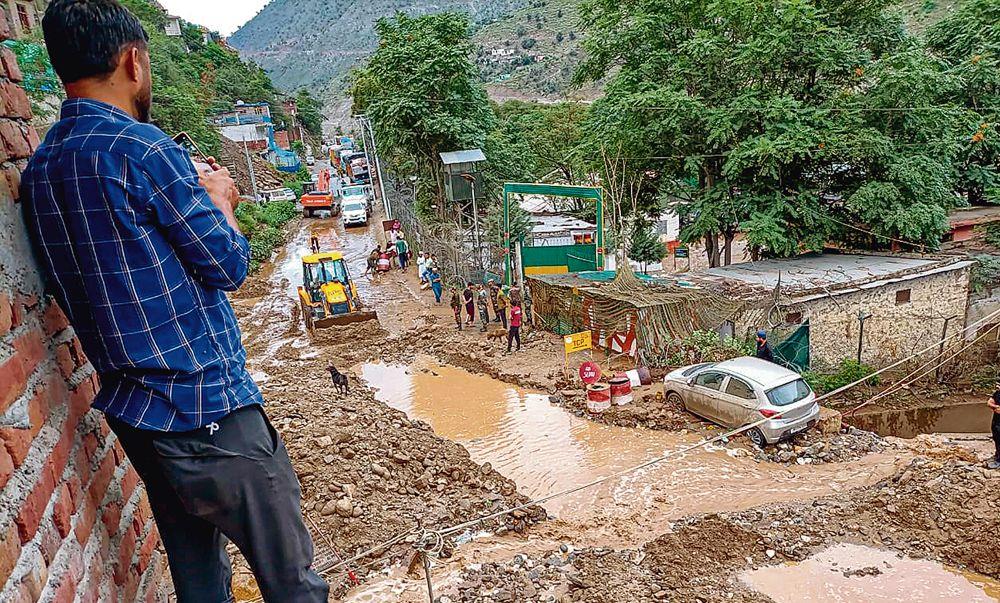 Key gap: Real-time early warning of cloudbursts has still not been developed. PTI 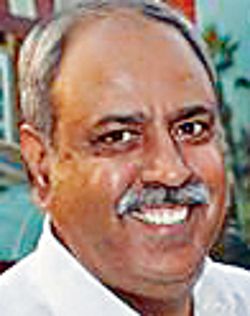 Over the ages, cloudbursts have been playing a natural role in creating valleys, streams and nullahs. These have become lethal amid the anthropogenic invasion and human interference with nature. Climate change has been found to be the main causative factor for the increase in the frequency and intensity of cloudbursts. Cloudbursts are more common in the hills, but occur in the plains as well. The Kedarnath cloudburst of 2013 caused more than 5,000 deaths and loss of property worth crores of rupees. The recent cloudburst near the Amarnath cave shrine took a heavy toll on lives, land and properties. The Mumbai cloudburst of July 2005 brought the city to a halt; hundreds of people lost their lives and infrastructure suffered damage.

According to the India Meteorological Department (IMD), when rainfall greater than 10 cm occurs in a small area in an hour, it is categorised as a cloudburst. However, for cloudburst management, mitigation and risk reduction, even rainfall of lesser intensity but no less catastrophic can be considered to be a cloudburst.

In view of the alarming proportions acquired by cloudbursts, their strategic management is required to be put in place. The emphasis till date has been on post-disaster response, rescue, evacuation and relief rather than following the disaster management continuum (preparedness, response, recovery and mitigation) that lays more emphasis on pre-disaster early warning, mitigation and risk reduction of disaster events. Post-disaster assessment studies have shown that such a pre-disaster methodology is safe, economically feasible and advantageous. Hotspots of cloudbursts have to be identified, risk mapping done and management initiated from these places.

Real-time early warning of cloudbursts has still not been developed. Doppler radars that can predict sudden changes in the weather about three to six hours in advance can assist in early warning for cloudbursts. These have been fixed in the western and eastern Himalayas and in the plains as well — numbering 33 at present — with their presence continuously increased to be used in a multi-hazard early warning system related to heavy rainfall and snow. These are being upgraded by the Union Ministry of Earth Sciences, with the number targeted to be raised to 90, to forecast cloudbursts and heavy rainfall events at least two days in advance, which would assist in evacuating people beforehand.

Ensuring preparatory measures before the rainy season assists in minimising loss of human and animal lives and has to be made a practice for a good beginning every year. This makes half of the task of cloudburst risk reduction well accomplished.

Initiating mitigation measures such as shifting people from the valleys to hills, raising infrastructure, houses and businesses above the floodplains quite away from rivers and streams and better management of rainwater and floodwater prevent and minimise disaster-induced losses. Watershed management that stabilises the hill landscape and ensures better tackling of resultant landslides, flash floods, mudflows and land-caving needs to be adopted. These measures should be strategically implemented first in the hotspots.

Similarly, ensuring smooth flow and drainage of rainwater in the plains would prevent human, animal and infrastructural losses after cloudbursts and heavy rain.

The capacity and capability of the human resources of panchayati raj bodies, disaster management authorities, NGOs and communities involved in flash flood and cloudburst management need to be continuously improved and strengthened. The menace of infectious diseases surfacing after heavy rains and cloudbursts has to be tackled too.

If cloudbursts cause losses even after pre-disaster preparations, response and rescue operations have to be conducted. The National Disaster Response Force, the state disaster response forces and the armed forces in India are considered among the best globally in tackling any disaster, including cloudbursts. With their sophisticated equipment to detect trapped humans and animals and trained divers to rescue people, they can assist in timely evacuation based on inputs from early warning systems; in the post-disaster phase, they strive to rescue and shift people to safer places.

The computerisation of the distribution of monetary disaster relief has to be completed where not yet accomplished for ensuring instantaneous flow to the needy. Immediate relief in the form of food, water and medicines needs to be provided for preventing post-disaster complications. The rehabilitation operation should be executed with the purpose of bringing back sustainable livelihoods and assisting people in returning to normal life. Where the damage is colossal, reconstruction and rehabilitation must be undertaken on a war footing. All these activities have to be taken to the last mile and assessed through participatory monitoring to gauge the effectiveness of the interventions.

Mainstreaming of disaster risk reduction of cloudbursts involves incorporating risk reduction and mitigation measures into the developmental policy, planning and practices. Bracketing cloudbursts with floods, landslides and cyclones, their management projects should be planned and implemented in a time-bound manner. The assistance being offered by the Government of India in this regard needs to be optimally utilised by all states and UTs for moving towards disaster resilience.

The implementation of all these steps of the disaster management continuum, as contained in the National Policy of Disaster Management, 2009, would assist in achieving cloudburst resilience and reflect India's commitment to comply with the UN's Sendai Framework of Disaster Risk Reduction that various countries are trying to achieve before 2030.