It is known to one and all that the rate of deaths due to Covid’s second wave in India is extremely high. Corpses are lined up for the final rites and the Dom workers are toiling day in and day out in order to keep up with the unprecedented rate of death. The reality is harsh and heart-wrenching; there is no statistic of how many of these workers have passed away in recent days due to the disease. 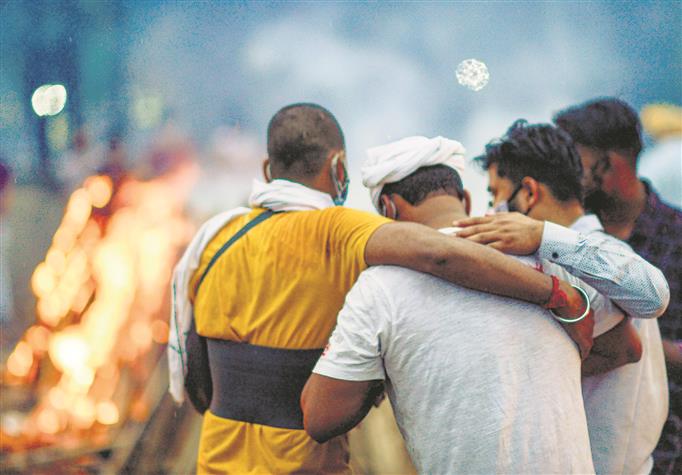 DEAD-END JOB: The plight of crematorium workers needs attention even as bodies are piling up during the second wave of the Covid-19 pandemic. PTI 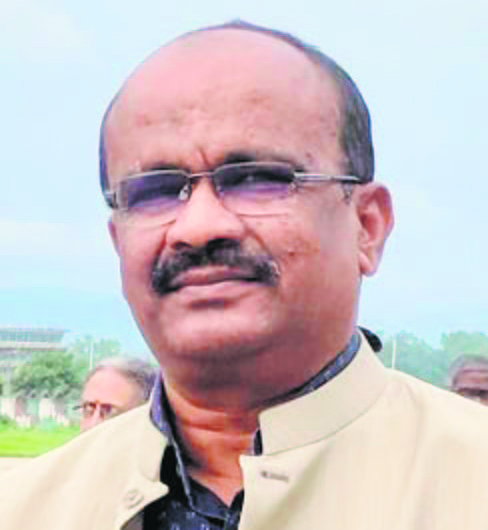 THESE are dark times. Many people are losing hope of seeing their loved ones survive the Covid pandemic. Funeral pyres now require a queue and death is the word that is ringing across India incessantly. In this dire situation, one cannot even afford a decent cremation for one’s loved ones. A dignified death has become rare. But the only ones who are in service day and night to those departed are the crematorium workers, known as Dom. Members of Dalit castes all over India invariably are the ones who stand at the burning pyre for the last journey of the dead after the rituals are over.

These crematorium and graveyard workers have no relationship with the person who has passed away but will dig the grave for those who must be buried till they have been set in their final resting place. And for those to be cremated, they will set the pyre with wood and stay till there is nothing but embers and ash. Death rituals are extremely religious and require the presence of a pandit for Hindus who will oversee the ceremony, which seems to have become a scarce ritual during Covid. Only the Dom and the Dalit caste men toil so that your dear departed may reach sadgati.

It is well known to us that the work at crematoria is caste-based. Only a few lower castes, apart from Dalits, are in this occupation. Most villages do not have a designated crematorium or shamshan. The ceremonies of death are conducted next to a lake, river or some other water body, which acts as an unofficial crematorium. There is also no designated Dom. For millennia, it’s the Dalits and other lower castes that have been handling all the unsafe work in the villages and towns. For many years, it was unpaid begar with the dead person’s clothes as the remuneration. Urban municipalities use them as lowly paid municipal workers and village panchayats engage them on call.

Due to lack of open places next to rivers and lakes in urban areas, special graveyards and crematoria are the norm and a few Dalits have ended up working in these unsafe and unwanted professions — a profession that has been created by the caste system. Doms and Chamars in north India and Mahars in western India take care of ceremonies related to death — both of humans and livestock. In South India, it’s the Mala, Madiga, Pariah, Pulaya and Holeya castes. No upper-caste members ever do any of this work because corpses have no value. They cause fear and disgust, and are probably riddled with disease. It can be seen that all the dangerous and unwanted occupations are done by the Dalits as their traditional caste occupations, imposed by the caste system.

It is known to one and all that the fatality rate during Covid’s second wave in India is extremely high and the numbers shown officially in government records are far less than the actual figures. In cities like Delhi, Mumbai, Chennai, Kolkata and Hyderabad, corpses are lined up for the last rites and the

with the unprecedented rate of death. The reality is harsh

and heart-wrenching; there is no statistic of how many of these workers have passed away in recent days due to the disease.

Recently, in Hyderabad, a young crematorium worker returning from work was thrashed by policemen during curfew. After a tough day, he and other workers had stepped out for meals. When the police asked them why they were drunk, they said, “No one works sober at a graveyard!” This holds good for many unhygienic professions, including sewer work.

Even as the international and national media are splashing news and images of Covid cremations in India, nobody has spared a thought for the poor, wretched and hapless crematorium workers who are burning the pyres of lakhs of bodies day and night. When family members of the dead are refusing to attend funerals, it is these workers who have lit a pyre for the dead. These people have been working without regular pay, no protective equipment or masks, not even water and food on the crematorium premises.

It seems that to the government, these workers, mostly Dalits, are worthless. On normal days, the family of the deceased would pay the Dom for his services. In these times, no one knows who the corpse belongs to, and these unfortunate workers go on to cremate them or bury them. The bodies pile up faster than they can burn or bury. The Covid-19 pandemic has changed many a tradition in our country. Brahmins who professed that funeral rites are a must have either disappeared or the few who are performing these rites are charging exorbitant rates.

Unfortunately, not a single welfare measure has been undertaken for the crematorium workers by successive governments. One generation after another has been working, prone to diseases and stricken with poverty. Voiceless, they toil and bid the final farewell to the dead. It’s time we wake up to better the lives of these workers with welfare and dignity.