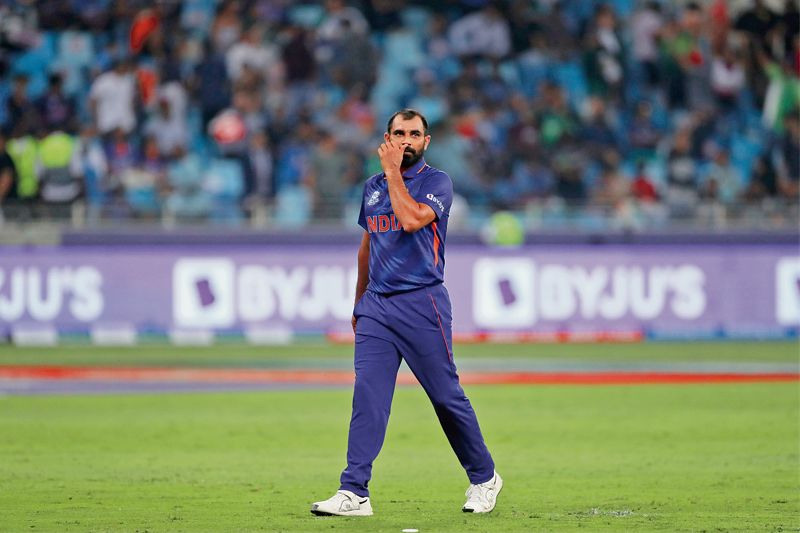 UNFAIR: A bad performance was only an excuse, not the reason, to target Shami. AP 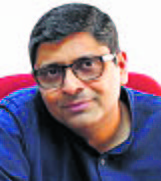 A DECENT bowler getting selectively trolled for his religion; the greatest entertainer of our times getting picked out for the same reason — something ought to be terribly wrong with our society to unleash so much venom on itself. Did we have it always or did we stir it up recently? Sure, group markers like religion, race and language by their very definition have to create the ‘other’ to remain unique. But these markers cannot be blamed for our society consciously or otherwise gaining a terribly bigoted character, which if not corrected will transform itself into something so ugly that we will not be able to live with it within or outside the country.

If Islamist Mullahs have shaped the Hindutva ‘other’, the latter will craft a worse monster among Muslims because this is a dynamic process of creation and recreation.

Mohammed Shami and Shah Rukh Khan are patriotic Indians who have made every fan proud. All bowlers, particular in the T20 format, can get thrashed all over the ground at any point in their career, just as any great batsman can get bowled out for a duck. A bad performance, therefore, was only an excuse, not the reason, to target Shami. Similarly, how can a real Hindu society attack someone for consuming cannabis? In the most authentic dictionary and thesaurus of my mother tongue, ‘ganja’ is termed Shivamooli — ie, that which originates from Shiva. For a friend keeping 6 grams of charas in his shoes, Aryan Khan was made to spend 25 days in jail, while his father was relentlessly targeted not just by trolls but by toxic TV channels, too.

In fact, the legitimisation of hatred has been made possible not merely by a change of regime, but also by TV channels spewing venom at the minorities, with or without smokescreens. This new national pastime started as a crusade against corruption during the Hazare agitation, when a TV channel became a participant. Unknown to the national viewership, what was getting played out on prime time was the personal agenda of anchors trying to discredit others rightly or wrongly in the context of the Radia tapes. This variety of vigilante news-casting triggered free-floating anger and hatred against the elite initially, and now it is getting focused on the minorities. These toxic TV channels — in English and Hindi and probably in regional languages, too — offer the legitimacy of public opinion for naked hatred. So, what was unspeakable a decade ago has now become part of the public discourse.

The Hindutva Right blames all this on Muslim appeasement by Congress governments since Independence. However, the Congress was appeasing only the despicable Mullahs, thereby legitimising orthodoxy, regression and superstition. The banning of Salman Rushdie’s Satanic Verses and the overturning of the Shah Bano verdict were not aimed at helping hardworking, educated, progressive Muslims, but promoting orthodoxy of the worst kind, which could only have hurt the forward-looking Muslims. Unfortunately, this bolstered its own ‘other’, which we see in vigilante cow-lynching madness.

Islamist orthodoxy or Kashmir Valley’s religious secessionist terrorism could create the Hindutva ‘other’ only because of the bankruptcy of the Centre-Left political formations. Jinnah’s Direct Action Day riots of August 1946, the Partition carnage, transfer of population and much else could not legitimise the Hindutva Right or hatred for the minorities because of Gandhi’s presence. Gandhi’s politics ensured that a Hindu ‘other’ was not created by the formation of Pakistan. So, instead of two hate-filled nations with religious bigotry, we had an Islamist Pakistan and a genuinely secular and welcoming India, which constitutionally ensured the protection of the minorities. Nothing even remotely similar to Partition has happened in recent times and there is no reason for an entire society to turn venomous, other than the exhortations of a few toxic TV channels and the social media handles of bigots. They obviously have no clue about what they are attempting.

If the Islamist Mullahs have shaped the Hindutva ‘other’, the latter in turn will craft a worse monster among Muslims because this is a dynamic process of creation and recreation. The Sri Lankan civil war offers an excellent template for India to understand the dangers of provoking a minority community. The educated, progressive, pro-British Tamils of north and east Sri Lanka lost out when the Sinhala freedom fighters gained independence for the country. But the peaceable Tamil community was attacked in a series of riots that finally led to the peace-loving leadership of Eelam Gandhi SJV Chelvanayagam losing out to the ruthless killer Velupillai Prabhakaran, who did not bat an eyelid before blowing up buses and trains with innocent women and children in them.

For nearly three decades, Prabhakaran’s terror tactics and battle plans prevailed against the army. But unknowingly, he was forcing the government to become an efficient military machine, solely focused on defeating the LTTE. Maj General Kamal Gunaratne (retd), whose 53rd division killed (or executed) the LTTE leadership, in his book, Road to Nandikadal, writes that ordinary people who used to call a soldier army ‘karaya’ (army man) began reverentially referring to him as ‘ranawira’ (war hero). LTTE should take complete credit for shaping this militaristic ‘other’ in Sri Lanka. After all, an army of about 20,000 soldiers was turned into a force of two lakh men and officers to combat the LTTE, whose biggest effort was to match Tamil suicide bombers with equally brave self-sacrificing Sinhala soldiers. And once the Sinhala soldiers refused to run away from the battlefield, Prabhakaran’s suicide squads became cannon fodder.

Sri Lanka holds a great lesson for the road not to be taken. We have got used to peace for several generations because Gandhi had refused to allow first the British and then the Muslim League to create the Indian ‘other’. From the Khilafat Movement failing with the terrible Malabar killings and forced conversions to the Partition riots, Gandhi guarded against hatred gaining legitimacy. Charismatic leaders have always motivated their cadre to kill for a cause and, if need be, to die in the process, but Gandhi wanted his men to die for freedom without killing or hatred. And it is only this test of bravery that offers lasting peace without hatred.