Maharashtra Home Minister does well to seek suggestions from ex-officers 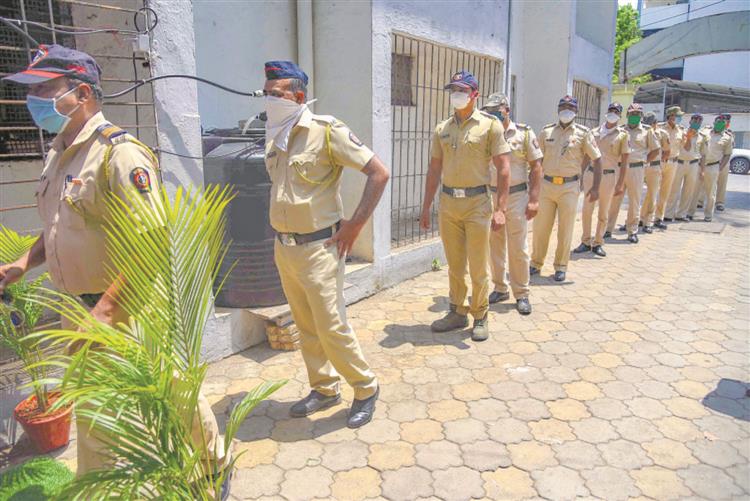 Line of duty: A large number of policemen have lost their lives during Covid. PTI 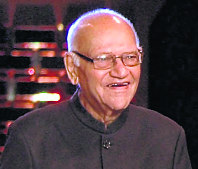 What I admired most about Datta Padsalgikar was his concern for the police constables, the lowest in the police hierarchy. Constables form more than 90 per cent of the manpower at the disposal of the chief. Their welfare and state of mind should concern the supervisory level of the hierarchy if the force is to deliver the service it is expected to bring to the table.

Datta had no hesitation about visiting the houses of the men working directly for him, be it in the capacity of a chauffeur or an office orderly. He would avail of the opportunity presented by a child’s birthday, for instance, to enter the Police Lines to partake of the birthday cake. Not many police officers I know would think of such a heart-warming gesture.

Datta Padsalgikar has been selected by the country’s National Security Adviser, Ajit Doval, as one of his three lieutenants. Datta has moved up. But he is still remembered and will continue to be loved by the men he commanded. His biggest contribution to police welfare was to introduce the concept of an eight-hour shift in the city’s 90-odd police stations.

Nobody in the police had imagined that this feat was possible. But listening to a constable from a police station, whose duty was to distribute duties to the men, Datta decided to try it out first at that very police station, and later to other police stations in the city. The reaction of many officers and men who I met was electrifying. Such an arrangement had never been tried out in the recent or even distant past!

So, when the state’s Home Minister Anil Deshmukh wrote to me, inviting me to discuss police welfare over dinner he hosted last month for a dozen and more retired IPS officers, I listed the eight-hour duty schedule as the most important welfare measure that the lower ranks would appreciate.

In view of my physical infirmities pursuant to my advancing years, I was compelled to decline the minister’s dinner invitation. But I wrote to him, listing the most important measures that I felt he should facilitate at his level to make the quality of life of the policeman better.

A policeman serving in any state is on duty physically 14 hours a day on an average. The normal shift is of 12 hours. This usually prolongs to 14 or even longer if there is a local emergency, like it happens all the time in a commercial metropolis like Mumbai. If you add the commuting time to and fro from home to place of work, the man or woman hardly finds the time to interact with the family!

It is this lack of quality time with spouses and children that police leaders and their political bosses should address. It affects the policeman or woman’s peace of mind and emotional equilibrium. Without this equilibrium, it is difficult for him or her to give his or her best. Often it leads to alcoholism or worse. Very certainly, it affects productivity levels. More dangerously, it also affects the way the policemen or police women deal with members of the public who perforce have to visit police stations.

The Home Minister, in his letter, mentioned the sacrifices policemen and their officers had made during the Covid lockdown. It was incumbent on the government’s most visible arm, the men in khaki, to enforce the rules of the lockdown. In the course of this duty, they were exposed more than other citizens to the infection. Over 200 died of the pestilence in the past nine months in the state. Almost half of those who died met their end in Mumbai City. A grateful government felt obliged, said the minister, to ameliorate the lot of these ‘soldiers’.

I commended him for thinking of the police, even though the idea emanated from the sacrifice of their fallen colleagues. I also suggested a yearly medical check-up of every policeman/woman, as well as their family, and a central repository of the findings and the treatment recommended. In the month before he demitted office, DGP Subodh Jaiswal was in talks with six Rotary governors. I had facilitated these talks because Gulam Vahanvaty, Rotary Foundation’s Board member and my co-trustee in PCGT, a Mumbai-based NGO, had requested me to do so. If this initiative is pursued for the city of Mumbai alone, it may be possible to make a beginning. Covering the entire state was found to be impractical for a single entity.

Another immediate welfare measure I recommended was repair and maintenance of policemen’s quarters in more than a dozen Police Lines that dot the city. Many of these quarters were of colonial vintage! There are flats in such a sad state of disrepair that the possibility of accidents disturbs the peace of mind of the residents of those flats. The police housing establishment is perpetually short of money to maintain the quarters, and if the government could find ways to meet that necessity, it would help immensely to lift morale.

The constabulary is much more educated and knowledgeable today than it was in 1953 when I joined the Indian Police Service. The minimum educational qualification required to be recruited has risen steadily from those early days to High School Certificate today. But, high school-qualified candidates stand a poor chance because degree holders competing for recruitment outnumber them.

It is not only the men, but even their wives who are educated, many of them having graduated from the city’s burgeoning colleges. The modern policemen’s family is content with two children. In fact, one-child families are common in the lines. Many of these one-child homes consist of the parents and a girl child!

What impressed me most about the minister’s initiative was the realisation that he showed that he really cared! He did not set himself up as all-knowing! He wanted to pick on the minds and the experience of senior retired officers. This surprised me because he had just got rid of an outstanding state police chief, Subodh Jaiswal, on the specious ground that Subodh ‘interfered’ in police postings (as local newspapers reported).

If now the minister accepts some, if not all, of our suggestions, my respect for him and his government will increase. The rank and file of the force is also sure to respond.