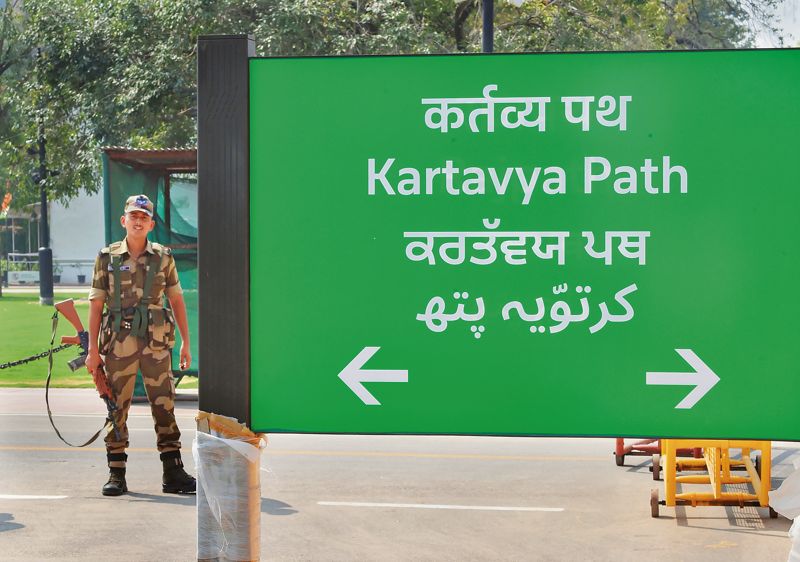 Mistaken: Rewriting history is not the same as actually changing it. PTI 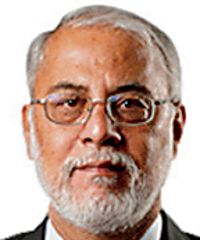 According to the dictionary, ‘red herring’ is something that distracts or misleads attention from a much more important subject. It seems to clearly describe the current government’s defence policy. Where there are important issues, such as the continued lag in the modernisation of the military, its budgetary shortfalls and the strange refusal to appoint a CDS in succession to Gen Bipin Rawat, the debate is being conducted on how to ‘de-colonise’ the Indian military.

Doctrines are not about nationalism, but about winning a war, and what matters is how successfully you can adapt to the state-of-the-art.

Having fought several wars in defence of India since 1947 and sacrificed thousands of lives, the Indian military shouldn’t need to prove its Indian-ness, but it is being made to do so. The tone was set in a March 2021 speech of the Prime Minister to the meeting of the military’s Combined Commanders held at Kevatia, Gujarat. The PM called for the enhancement of ‘the national security system’ not only in acquisitions ‘but also in the doctrines, procedures and customs practiced in the armed forces’.

Last week, according to reports, the Army’s Adjutant-General, Lt Gen CB Ponappa, reviewed regulations, policies, and practices from the colonial times with a view to changing them. If Rajpath could give way to the Kartavya Path, the Army review could lead to a wholesale change of names of units, establishments, roads and parks that are named after British commanders.

Now, the PM’s call for promoting indigenous systems by the military is unexceptionable and indeed been the policy of all governments since the time of Nehru. Given their nature, there are some military systems that India simply must have based on its own design and development. But we know that even, as of now, we are only taking baby steps in creating a viable military industrial complex.

Indigenous systems are the key to the second issue flagged by the PM — desi doctrines. Platforms and weapons shape doctrines and this was evident in the use of elephants by Indian rulers and their infirmity was evident when confronted by the horse and mobile artillery of the invading Mughals. The Indian way of war, dependent on the elephant and a mass of soldiery, was no proof against the tactics of manoeuvre and deception. Doctrines are not about nationalism, but about winning a war, and what matters is how successfully you can adapt to the state-of-the-art.

But before that, there is another important issue here. Our dependence on imported equipment has shaped our doctrines as well. The Army Plan 2000 was built around Soviet-era tanks, BMPs and mobile air defence systems which they had developed for use in the plains of eastern Europe. Unless we have the ability to design and develop our own weapon systems, it will not be possible to have Indianised doctrines.

We can adapt some systems for our use, but it is not an optimal solution.

Just how difficult things are is evident from India’s efforts to develop the GTX Kaveri jet engine that was to be optimised for the ‘hot and high’ conditions Indian fighter jets are expected to fight in. Unfortunately, this engine remains in the works after nearly 40 years.

Sadly, these are not the issues that are preoccupying our armed forces and their political bosses. The government of the day is content to wrap the flag of nationalism around itself, as it did in pushing the Navy to introduce Shivaji’s seal in its new ensign. On the other hand, it has yet to authorise a follow-up on aircraft carrier to the Vikrant. Likewise, it is worked up over the colonial origin of our military, but is doing little to appoint a CDS who is also the head of the crucial Department of Military Affairs in the Ministry of Defence and must lead the much-needed systematic reform process.

Rewriting history is not the same as actually changing it. Though it may not matter to our latter-day nationalists who are trying to insert themselves into the annals of the national movement, history and myth are two different things. The former does involve the process of determining facts through a variety of processes, including numismatics, archaeology, epigraphy, contemporary narrative, travellers’ accounts, and so on. While the victor has an advantage in writing history, there are enough instances of historical detective work to provide a correction. Like in instances of crime, the historical record is not easily obliterated.

Unlike the People’s Liberation Army or the Israel Defence Forces, the Indian Army does have a history that goes back to the 18th century. Like it or not, it was involved in the colonial conquest of India, a process that took roughly a century.

If indeed Modi and the BJP find colonial history unbearable, they could start with doing much more substantial things, like eliminating the British imprint on our penal code, our police service, and doing away with their ‘favourite’ law — that of sedition.

For India to have wiped the colonial slate clean would have required a revolution of the Soviet and Chinese type where millions of the old elite were simply killed and hundreds of thousands fled. We are lucky we did not have to go through that bloody process. We had the benefit of picking and choosing what was best for us, and, by and large, we have done so.

What is happening now is the wanton use of a red herring of colonialism which comes on top of the misguided Agnipath. With active fronts facing China and Pakistan, India cannot afford to unbalance its forces. But that is what the current policies will end up doing.