During the urgent hearing of the Lakhimpur Kheri case, the CJI was of the view that an investigative mechanism other than the state police or CBI may have to be thought of in the given scenario. In the context of a no holds barred ideological polarisation at the government level, an independent agency tasked with putting the police violence database consistently in the public domain will definitely empower the citizens. 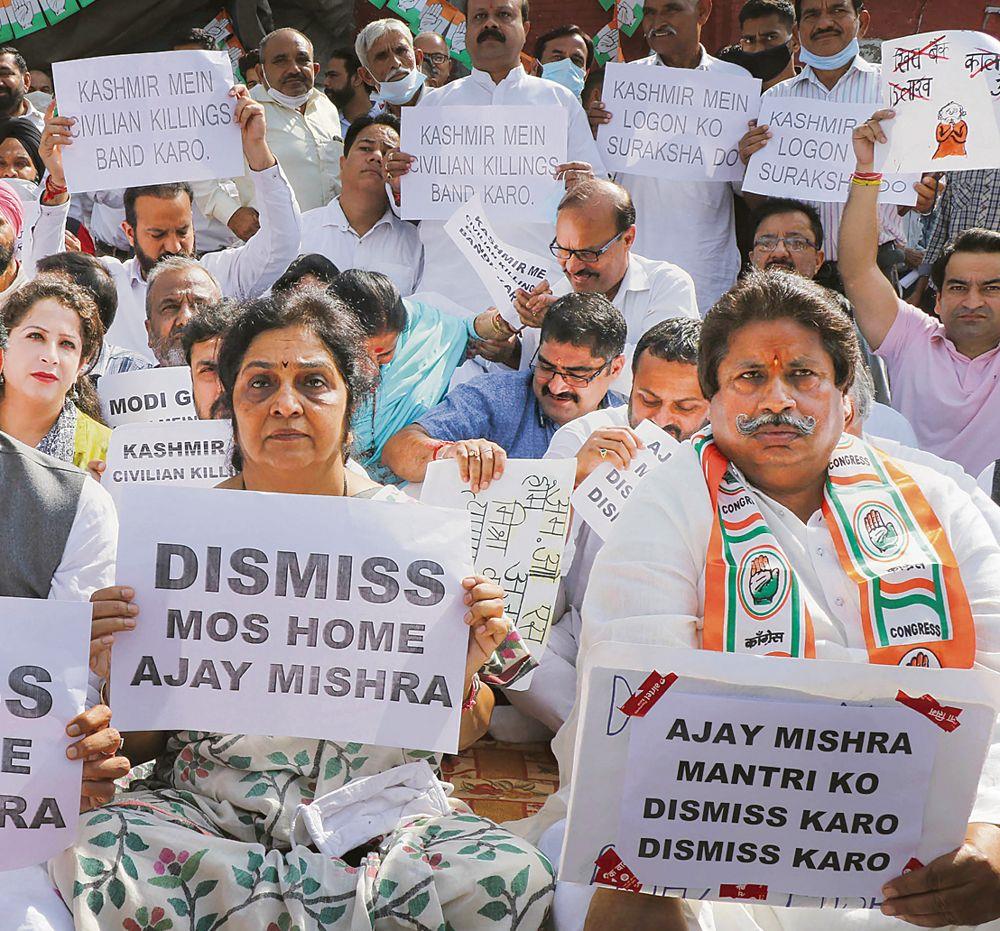 Shake-up a must: The laxity of law and order machinery led to deaths at Lakhimpur Kheri. PTI

Following the Supreme Court intervention in the Lakhimpur Kheri case, the rule of law appears to be on course after the arrest of the prime suspect, the son of a Union Minister of State. The same, however, cannot be said about the role of law, given the track record of the UP police. An empowerment of the legal process will not necessarily transform into citizen’s empowerment.

In Lakhimpur Kheri, the UP police allowed a tense build-up that led to violence which claimed eight lives on October 3. Hardly a week earlier, in Gorakhpur, a visiting businessman was killed by a police posse in a midnight hotel search. At both places, the initial hierarchical cover-up was boosted with a liberal dose of compensatory ‘blood money’, promptly released as compensation by the state government.

Worse than the everyday police violence is its normalisation as much in the state structure as in public estimation. The routine goes on uninterrupted till extreme cases of such violence surface to hog intolerably adverse limelight and popular outcry. Otherwise, the usual administrative practice is to view any questionable violent indulgence as if the police had merely overstepped their authority to apply force in a given situation. Similarly, those caught torturing citizens individually are seldom accounted for amid the normalisation of police violence.

It is not every day that the Chief Justice of India (CJI) takes suo motu cognisance of the police’s deliberate inaction in a criminal case within days of its registration. However, before a three-judge Supreme Court bench headed by the CJI expressed strong dissatisfaction over the manner of investigation in the Lakhimpur Kheri carnage, he had, on October 1, hinted to consider forming state-wise standing committees on police violence, preferably headed by the chief justice of the respective high courts. This would be a step in the right direction as the police complaint committees created under the 2006 police reforms judgment of the apex court have proved to be a mirage, being part of the same power structure that was supposed to be reined in by them.

Police violence is entirely different from the lawful use of force by the police. It should not be tested on administrative parameters. It is criminal and yet ingrained in policing processes and beliefs as one formidable routine that could not be shrugged off by training or discipline. Therefore, to make a mark, the proposed standing committee will have to justify an independent and time-framed existence for itself, much beyond the realm of administrative red-tape or judicial delays.

What keeps this police violence routine ticking is the cycle of violence and cover-up occurring in tandem, as was evident in the Gorakhpur and Lakhimpur tragedies, on a regular basis. On October 3, the Kerala High Court came down heavily on two police officers who had handcuffed, chained and registered several cases against a man who had come to the police station to ask for the receipt of a complaint he had filed earlier. The court orally observed that due to the volume of police harassment cases that come up by way of misuse of Section 117 of the Kerala Police Act, which deals with the penalties for interfering in the functioning of the police, the provision itself should be taken away. On October 1, the Supreme Court imposed an interim cost of Rs 7 lakh on the state of Uttar Pradesh in an encounter killing case of 2002, for its prolonged avoidance to bring the accused police officers to book. Likewise, there are endless forms of police violence.

Will the standing committee yield results? Yes, provided the citizenry gets interested in its method and outcome. Remember, the much-hyped Supreme Court-led police reforms of 2006 have been so conveniently ignored by the establishment mainly because of the lack of public interest in them. For example, it will embolden and compel community leaders to probe police violence from public platforms quite often if the figures for both fatal and non-fatal police violence are released periodically in terms of caste, religion, region and economic groupings. Further, the database can be collated in extracting the social and political misdemeanours which are prone to inviting police violence, for working out a reduction strategy.

A parallel may be drawn from the American experience of consistently putting up a comprehensive database of police violence in the public domain, facilitating the historic ‘Black Lives Matter’ police reform movement of 2019-20. The researchers compared data from the US National Vital Statistics System (NVSS) to three non-

governmental, open-source databases on police violence: ‘Fatal encounters’, ‘Mapping police violence’, and ‘The counted’. They extracted and standardised the age, sex, death registration, year of death, and race and ethnicity of each decedent for all data sources and used network meta-regression to quantify the rate of under-reporting within the NVSS. They found that more than half of all deaths due to police violence estimated in the USA from 1980 to 2018 were unreported in the NVSS.

During the urgent hearing of the Lakhimpur case, the CJI was of the view that an investigative mechanism other than the state police or CBI may have to be thought of in the given scenario. In the context of a no holds barred ideological polarisation at the government level, an independent agency tasked with putting the police violence database consistently in the public domain will definitely empower the citizens. No amount of ‘blood money’ and adjunct publicity can reduce police violence. The standing committee will prove to be a much more effective deterrent.