As a commentator, he is either too honest or too stupid to attempt to hide ugly opinions — his is a career full of unacceptable comments and actions, followed by apologies 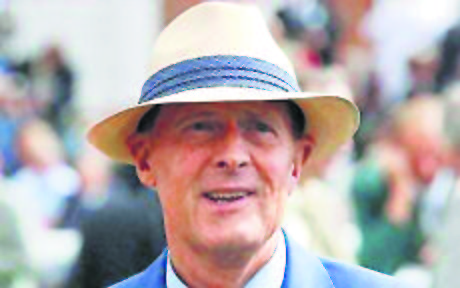 GEOFF BOYCOTT, the cricketer-commentator from England, is fit to be nominated as an ambassador for propagation of sexism and racism in cricket and society. Sexism and bigotry bedevil Indian sport and society too; many who practise them here soften their words, couch them under terms such as ‘talent’ and ‘quality’. A critique of Boycott’s views is important because those entrenched in positions of privilege in our own country think like him, even if they dare not publicly utter the words he does.

Boycott’s career is full of unacceptable comments and actions, followed by apologies. He is 80, yet he continues to spout nonsense. His views demonstrate how the privileged few refuse to allow the ‘outsiders’ in by continually harping on the dilution of quality and absence of talent.

On his 80th birthday recently, Boycott criticised the BBC for “sacrificing quality for equality”, following being removed as a commentator for the broadcaster after a 14-year stint. The new panel had three cricketers — two white men, Alastair Cook and James Anderson, and Isa Guha, a woman of colour.

Woman and colour — these are two attributes that act as a red rag for Boycott. He reacted true to type, saying: “They have sacrificed quality for equality. It is now all about political correctness, about gender and race.” Clearly, by bringing up gender and race, Boycott was attacking Guha — even though he’s been replaced by Cook and Anderson, not Guha!

Boycott isn’t a wise old man. His sexism and racism are founded in north England’s Yorkshire, where cricketers of colour complain of racism to this day.

Three years ago, on the question of not being knighted by the British Queen until then, Boycott said: “Mine’s been turned down twice. I’d better black me face.” His target were West Indian cricketers, 11 of whom had been knighted for services to cricket until then — incidentally, England’s count of knighted cricketers, too, was 11 at that point. Boycott, thus, promptly brought out the race card. A public outcry followed, and Boycott issued an apology. Before that, once on air, he referred to Zimbabwe’s pace bowler Mpumelelo Mbangwa in racist terms. This is the reality of the man dearly loved by some Indian fans for his goofy pronunciation, dismissive insults (‘rubbish batsman!’) and for naming Sourav Ganguly ‘Prince’.

Now, his affinity for the woman commentator. In June, he declared: “There is room for women commentating, fronting as presenters and reporting. Many are excellent.. But as an expert summariser in men’s cricket, you need to have been out in the middle.” He added that “as good as the women are at their game, it bears no resemblance to the power and pace of men’s cricket”.

Boycott was saying that since women cricketers such as Guha or Lisa Sthalekar did not strike the ball with a man’s power, they lacked the credentials to provide expert opinion. The joke was on Boycott — his own batting was marked by lack of power, as Sthalekar pointed out. By his own paramenters, having last played top-level cricket nearly 39 years ago, he’s unqualified to comment on today’s cricket.

Boycott was convicted for physically attacking his then girlfriend in 1998, handed a three-month suspended prison sentence and fined £5,000. Last year, Boycott was finally knighted. This attracted a chorus of protests, especially from women’s rights groups. Reacting to criticism by a women’s charity boss, Boycott commented: ‘I don’t give a toss about her, love. It’s 25 years ago, so you can take your political nature and do whatever you want with it.”

Boycott, a great cricketer, was disliked for his selfish batting. His off-field persona is equally unattractive. He represents ideas that belong to the past, and there he must be sent back.