Braverman, currently Attorney General in the UK Cabinet, is among the early Tory members of Parliament to formally declare her leadership bid 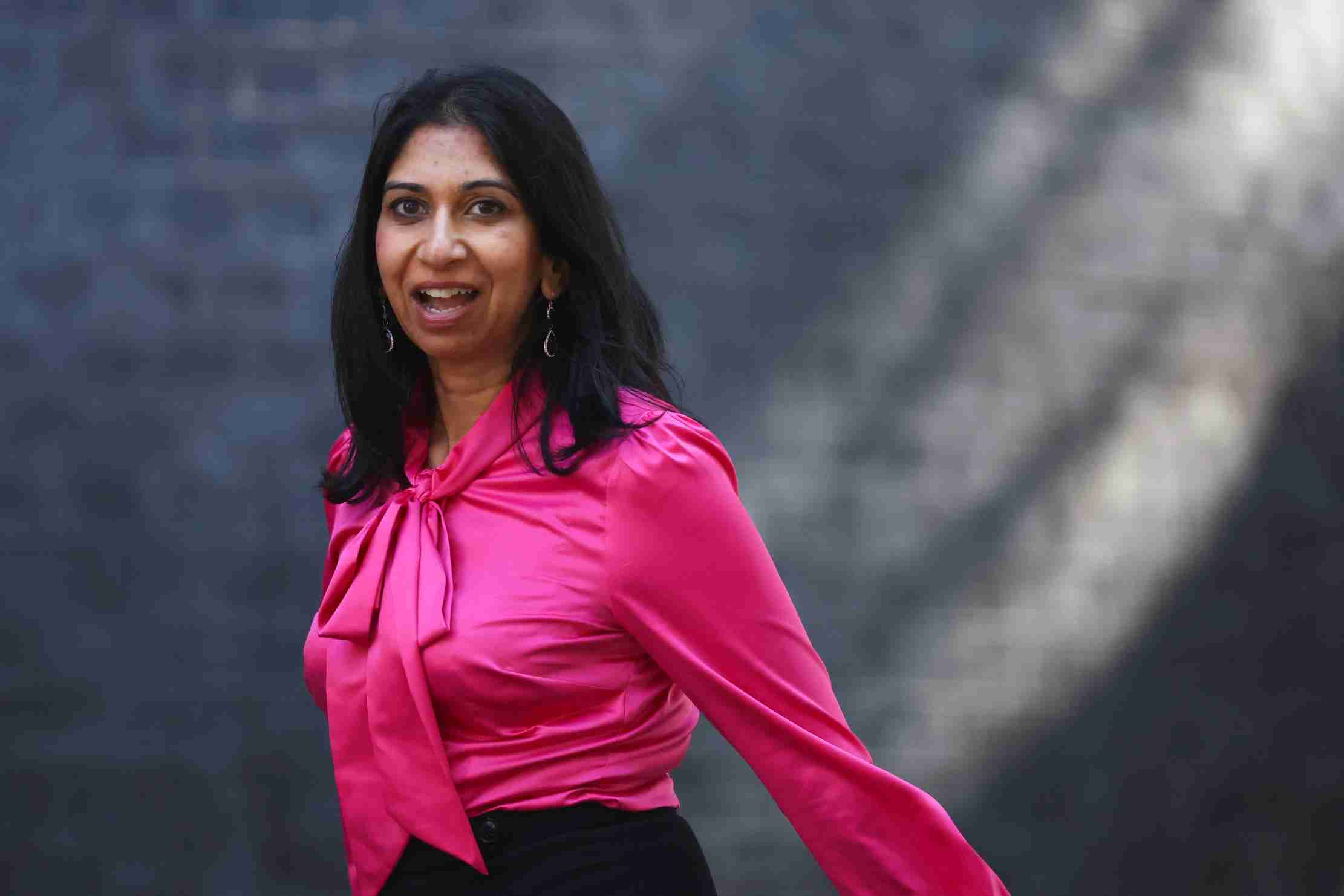 Even before Boris Johnson stepped out of 10 Downing Street on Thursday to deliver his resignation speech as Conservative Party leader and triggering a leadership race for a new British prime minister, at least one Indian-origin candidate is already lined up to compete for the “best job in the world”.

Goan-origin Suella Braverman, currently the Attorney General in the UK Cabinet, is among the early Tory members of Parliament to formally declare her leadership bid, with other Indian-origin colleagues such as recently resigned Cabinet minister Rishi Sunak and Home Secretary Priti Patel also seen as possible contenders for the top job.

The 42-year-old barrister and the government’s senior-most legal official is likely to command some support within the pro-Brexit wing of her party.

“I am putting myself forward because I believe that the 2019 manifesto is fit for purpose, presents a bold and inspiring vision for our country and I want to deliver on the promises contained in that manifesto. I want to embed the opportunities of Brexit and tidy up the outstanding issues… and cut taxes,” said Braverman.

Her pitch came just hours before Johnson made his resignation speech, in which he said: “I want you to know how sad I am to be giving up the best job in the world. But them’s the breaks.” Another fellow staunch Brexiteer, Steve Baker, declared on air soon after that he intends to throw his hat in the ring. He is an influential Tory backbencher who served as chair of the European Research Group, in favour of a hard Brexit deal.

But both Braverman and Baker are largely seen as outliers and now with Johnson’s formal resignation, the other more serious bids are expected to start pouring in thick and fast.

In a latest YouGov poll of Tory party members in ‘The Daily Telegraph’, UK Defence Secretary Ben Wallace has emerged as the frontrunner to become the next prime minister. The party’s 1922 Committee is responsible for setting the timetable for a Tory leadership contest.

To take part in the race, a Tory MP has to be nominated by eight colleagues. If more than two MPs put themselves forward and secure enough nominations to run for leader, a series of secret ballots are held to whittle them down.

The YouGov survey indicates that Wallace may be in pole position if he chooses to contest and then makes it to the final two candidates. He is on 13 per cent, just ahead of junior minister Penny Mordaunt on 12 per cent. Former UK Chancellor Sunak, the British Indian minister who stepped down on Tuesday, is also seen as a contender and is at 10 per cent in the survey.

Sunak, 42, was long seen as an heir apparent to Johnson at 10 Downing Street due to his hugely popular grants and job-saving schemes over the course of the Covid pandemic lockdowns. But that popularity began taking a hit within a staunchly low-tax Tory party in recent months, as the cost-of-living crisis hit and he was unapologetic about the need to raise certain taxes to cope with the tough economic times.

Former foreign secretary Jeremy Hunt, who came second in the 2019 Conservative leadership contest, is on a joint 5 per cent, alongside the new Chancellor, Nadhim Zahawi.

Zahawi, former Health and Education Secretary and most recently Chancellor in the Boris Johnson Cabinet, is believed to have already been working with Australian political strategist Sir Lynton Crosby – the man behind Johnson’s thumping general electoral win in December 2019. The 55-year-old Iraqi refugee, who arrived in the UK as an 11-year-old boy, is yet to formally declare his intention to vie for the top job but is seen as a serious contender.

UK Foreign Secretary Liz Truss is another key contender, who is also believed to have been lining up her leadership bid over the last few months. She’s currently at 8 per cent in the YouGov poll.

Former Health Secretary, Sajid Javid, the Pakistani-origin minister who was the first to resign from Cabinet this week is also seen as someone who might throw his hat in the ring. Some of the other Conservative Party names doing the rounds include House of Commons Foreign Affairs Select Committee chair Tom Tugendhat, Deputy Prime Minister Dominic Raab and recently sacked Cabinet minister Michael Gove.

The final shortlist of candidates is expected to go head-to-head in a debate until a vote between the final two decides on the winner, who will be the new Conservative Party leader and formally succeed Johnson as the new British prime minister.